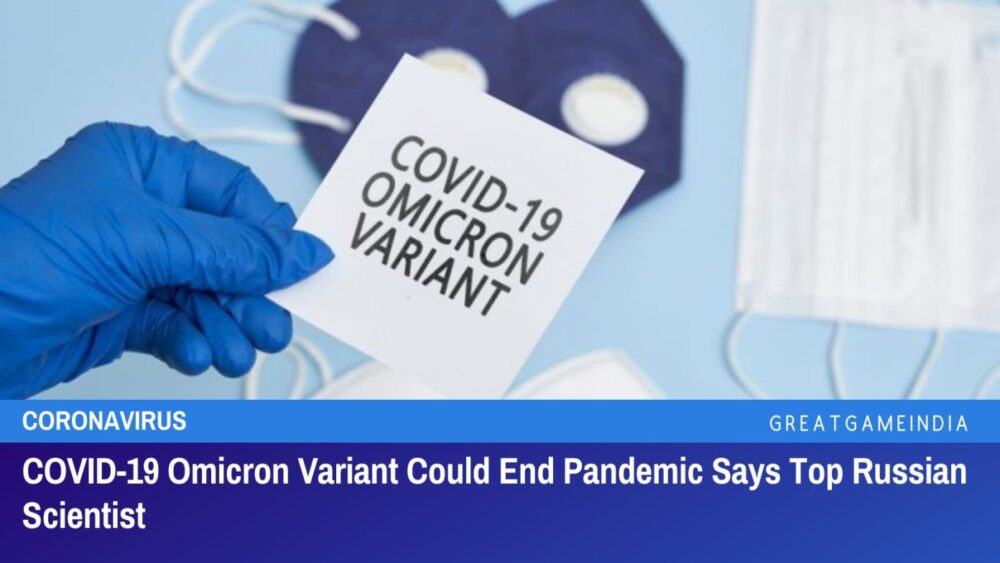 A new mutant strain of Covid-19 that has sparked fears for jjab resistance, caused flight cancellations, and sent the stock market plummeting; the Omicron variant could actually help bring the pandemic to an end, a Russian virologist has claimed. 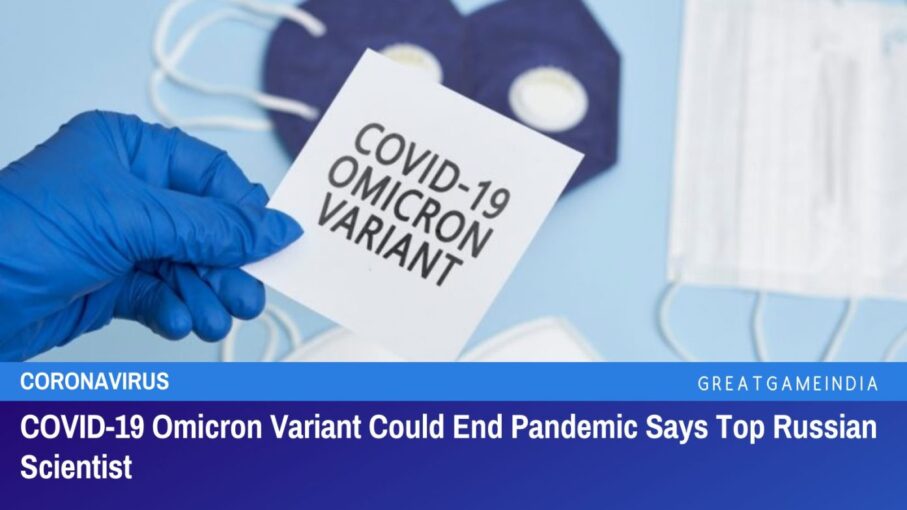 In an interview published on Monday in Moscow tabloid KP, Anatoly Altshtein, a virologist at the Gamaleya Research Institute of Epidemiology and Microbiology, which pioneered Russia’s Sputnik V jab, said that it is still not clear how deadly or infectious the new Omicron variant might be.

According to him, even if it does spread faster than its predecessor, known as Delta, it could take months to become the predominant form of the virus.

Even if that happens, he said, it’s not clear that Omicron means higher death tolls than at present. “Right now there are reasons to think that the Omicron variant could be less pathogenic,” he went on, meaning less able to cause harmful infection, reported RT.

Explaining the science behind the hypothesis, Altshtein said that “we already see Omicron has many mutations, more than Delta. More than thirty in a single gene of its spike protein. This is too many, and it means the virus has an unstable genome.

As a rule, this sort of infectious agent becomes less dangerous, because evolutionarily, an overwhelming number of mutations leads to a weakening of the virus’s ability to cause disease.”

According to the professor, if this rule holds true, then Omicron would be fatal in only a small fraction of cases, and would become like other common seasonal infections.

He stressed that we still understand little about the new variant, discovered by South African scientists last week, and that it was best to be cautious while its characteristics are researched.

Contrary to what we’re told the new Omicron variant of the coronavirus results in only mild disease, without prominent symptoms, according to Angelique Coetzee, the chairwoman of the South African Medical Association.

“It presents mild disease with symptoms being sore muscles and tiredness for a day or two not feeling well. So far, we have detected that those infected do not suffer loss of taste or smell. They might have a slight cough. There are no prominent symptoms. Of those infected some are currently being treated at home”, Coetzee said.

If omicron is the cure, that would explain why governments are cutting off world travel to prevent it from spreading

Does this realization explain why governments of the world are suddenly banning flights from South Africa and cutting off travel? Maybe they don’t want omicron to spread and replace the “delta” variant because delta produces far higher fatalities that feed into the media’s pro-jjab fear narrative.

If omicron takes over the world, the pandemic is essentially over and they can’t drive people into the depopulation jjabs. Compliance is based on fear, and without the deaths, the fear can’t be maintained.

This brings us to the realization that the jjab IS the pandemic. When people are vaccinated and injected with spike protein bioweapons — or the mRNA instructions for their bodies to manufacture those spike protein nanoparticles — they often suffer adverse reactions or even death. These deaths are blamed on “covid” when the real culprit is often the jjabs themselves. Without the jjabs, this pandemic would flame out all by itself.

Furthermore, the recently released Pfizer postmarketing experience document — just released by the FDA under court order — reveals that both Pfizer and the FDA knew in early 2021 that the Pfizer mRNA jjab was killing people by the thousands, affecting three times more women than men.

Natural immunity is the only permanent solution to covid, and jjabs simply can’t replace the human immune response

Ultimately, natural immunity is the only real solution to the covid plandemic. Vaccines are proving to be so disastrous that the EU is now recommending booster shots every 3 months… thereby proving that their jjabs stop working in about 3 months. The 3-month schedule will apparently continue indefinitely… or until you’re dead from the spike protein injections ripping your vascular system to shreds.

Covid jjabs don’t stop covid transmission, and they don’t prevent people from becoming infected with covid variants. Right now across the world, most of the people hospitalized with covid infections are vaccinated. Yet the only response from the tone deaf “science” community is to scream, “More jjabs!”

What we really need is more natural immunity, which means we need more exposure to a “mild” version of covid that kills almost no one.

Omicron now appears to be precisely that. It’s the globalists’ worst nightmare: Their bioweapon has adapted to become non-scary and easily beaten without jjabs. It means the Fauci fraud may be approaching its final chapter, and the scourge of covid jjabs and media lies may be coming to an end…

We Warned You They Will Never Stop if You Bow Down to Tyranny... Previous post
How Suicidal Kids Are Being Mentally Tortured in Australia’s Covid 'Prison' Camps – Locked in Cells for More Than 23 Hours a Day Next post