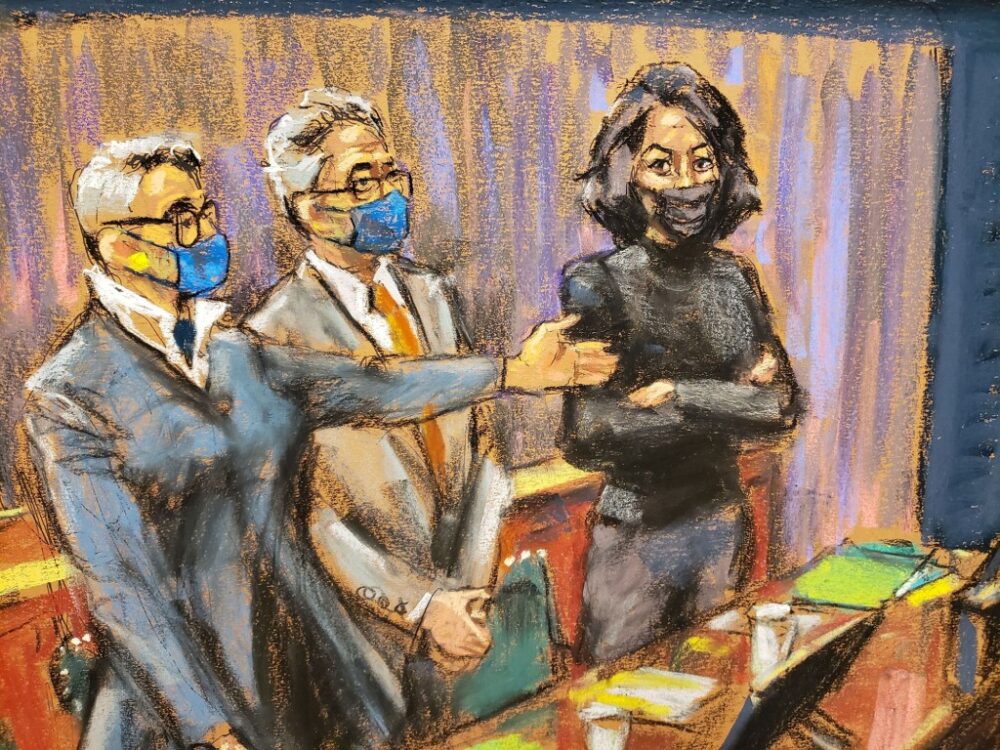 The trial of Ghislaine Maxwell, the socialite who stands accused of procuring young girls for the sex predator Jeffrey Epstein, began last week. Though the mainstream media has not focused as heavily on this case as other high-profile trials in recent months, the proceedings have certainly not been forgotten by the general public. But much to the chagrin of that public, the trial will not be filmed. 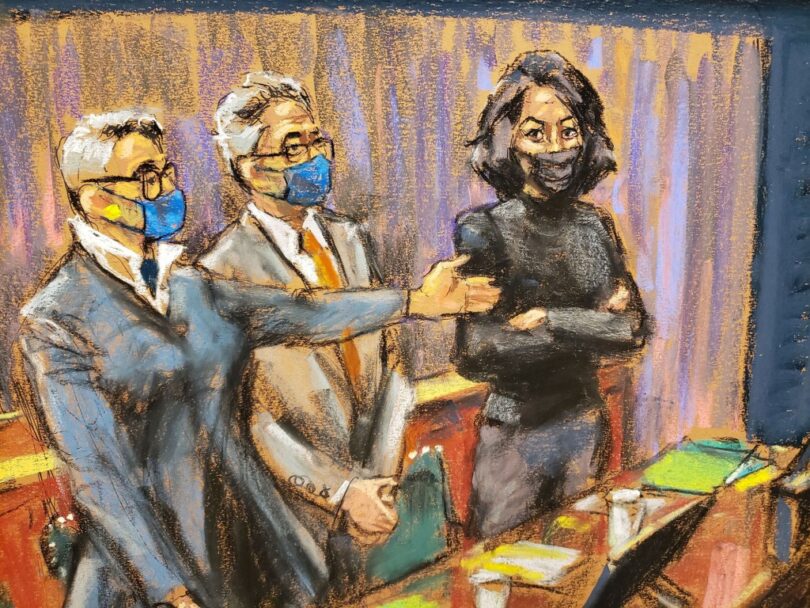 Has anyone seen one picture or video of Ghislaine Maxwell in custody or in court? I’ve only seen drawings, like the one above, and I wonder why there hasn’t been ONE picture or video coming out since she was allegedly arrested.

Some have even painted this fact in a conspiratorial light, a tint that has surrounded much of the story around Epstein, his death, and now Maxwell’s trial.

More specifically, many believe high-ranking officials across multiple governments and celebrities were caught up in the sex ring Epstein allegedly ran, and that the powers that be within our government are invested in preventing these details from coming to light.

So Ghislaine Maxwell is on trial for sex trafficking for Jeffrey Epstein but media are banned from the courtroom, no live stream because of “sensational” elements, the judge is an Obama appointee just promoted by Biden, & the prosecutor is James Comey’s daughter. FISHY. 👀

BREAKING: “Judge In Ghislaine Maxwell Trial Issues Media-Wide Gag Order: All Press & Spectators Barred From Courtroom.”
We know who they are protecting and we can’t allow it!

The Ghislaine Maxwell Trial should livestreamed on every news station in the world. But it isn’t because powerful people in her black book will do anything to keep the truth from the people.

People will be forgiven for having little to no faith in our government or our systems, and this wouldn’t be the first trial with foul play by the system (a fact supporters of our justice system, capital punishment, and qualified immunity would do well to remember when they approach public policies).

But, the vast majority of these reports have been flatly false. Maxwell’s trial will not be filmed for one reason and one reason alone: cameras have been banned in federal courts for decades, which is the level at which she will be tried. Media will still be allowed in the courtroom, as will a certain number of spectators.

“In 1972 the Judicial Conference of the United States adopted a prohibition against ‘broadcasting, televising, recording, or taking photographs in the courtroom and areas immediately adjacent thereto.'”

Indeed, there is a very good argument to be made for why cameras should be allowed in all trials, but the courts, prosecutors, and judges all continue to argue stringently against it.

Some of their arguments are more valid than others, like the need to protect witnesses and victims. That’s a valid concern in a case like this one.

The victims have all already suffered greatly, and the global attention on the case could be enough to scare away even the strongest of individuals from choosing to participate.

But, there are better ways of addressing this concern than banning cameras from the courtroom. Witnesses could be allowed to testify remotely, utilizing technology that could obscure their identity, as one example.

As a whole, this is just another way the government avoids accountability and transparency. And knowing what we know about the justice system, there is nowhere that this scrutiny is needed more.

Ex-Reddit CEO On Ghislaine Maxwell: ‘We Knew About Her Supplying’ Children for Sex.

The Need for Transparency

The Founding Fathers were well aware of the need for transparency in government. As James Madison once said:

“A popular government without popular information, or the means of acquiring it, is but a prologue to a farce or a tragedy, or perhaps both. Knowledge will forever govern ignorance, and a people who mean to be their own governors must arm themselves with the power which knowledge gives.”

It is essential that the American people have access to information about the inner workings of our government if we should ever hope to be able to hold its actors accountable. Without this essential component, our civil liberties will not stand for long — and this is already evident in our crumbling legal system.

“A body of men holding themselves accountable to nobody ought not to be trusted by anybody.”

The rate of prosecutorial and judicial misconduct ought to be enough to back up this statement.

So as Americans are becoming more aware of the abuses in our justice system, we should demand that practices like prohibiting recordings be abandoned so all citizens have a greater ability to hold government actors accountable.