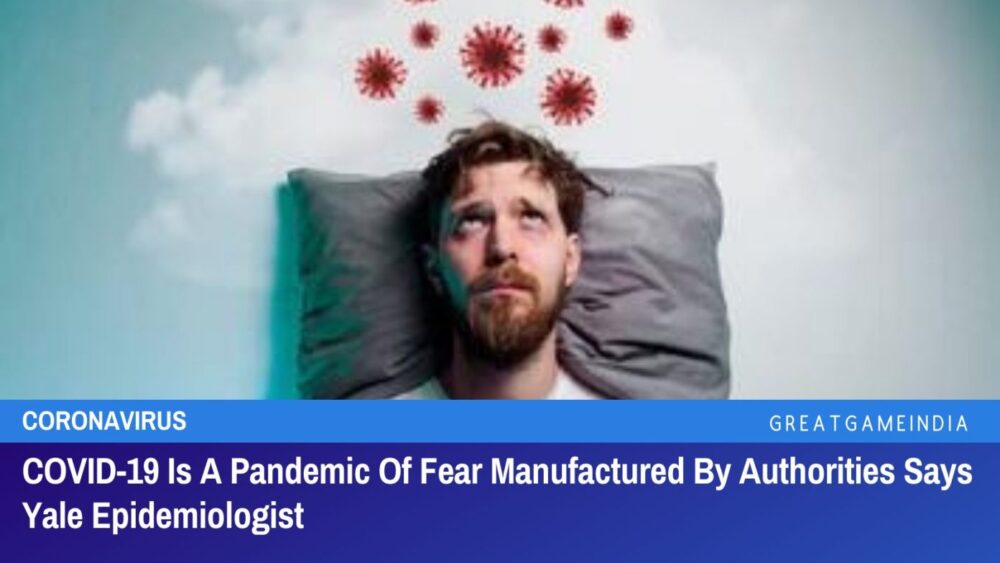 Yale Epidemiologist: COVID-19 is a Pandemic of Fear Manufactured by Authorities

According to Dr. Harvey Risch, an epidemiologist at Yale University, the COVID-19 pandemic was one of fear, manufactured by people in nominal positions of power as the virus spread around the world last year. 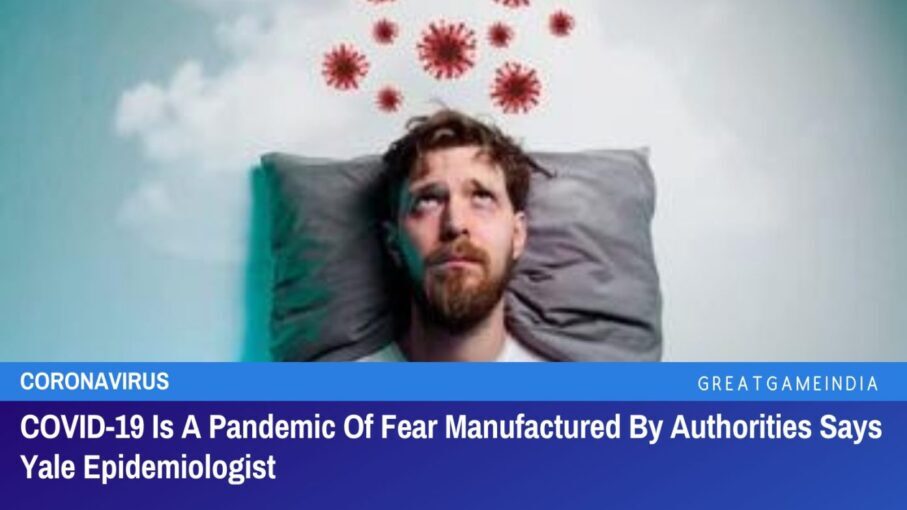 Risch, professor of epidemiology at Yale School of Public Health and Yale School of Medicine’s Department of Epidemiology and Public Health, argued that majorly, the general characteristics of the pandemic has always been a “degree of fear and people’s response to the fear”. He did so on Epoch TV’s program “American Thought Leaders.”

"I'm looking at clinicians who have now treated more than 150,000 patients, with fewer than 2 dozen deaths, with #hydroxychloroquine."

Yale epidemiologist Dr. Harvey Risch on the efficacy of hydroxychloroquine, #Ivermectin & other therapeutics.

“Overall, I’d say that we’ve had a pandemic of fear. And fear has affected almost everybody, whereas the infection has affected relatively few,” said Risch.

“By and large, it’s been a very selected pandemic, and predictable. It was very distinguished between young versus old, healthy versus chronic disease people. So we quickly learned who was at risk for the pandemic and who wasn’t.

“However, the fear was manufactured for everybody. And that’s what’s characterized the whole pandemic is that degree of fear and people’s response to the fear.”

Rich is the author of more than 300 major original peer-reviewed publications and was previously a member of the editorial board of the American Journal of Epidemiology.

The epidemiology professor seemed to suggest that when the epidemic began in March 2020, people in nominal positions of authority had initially painted a much worse picture of the “dire nature” of the virus for than what the situation demanded.

This includes the statement that everyone is at risk, anyone can get infected and die, and everyone should stay home to protect themselves and in turn, the society.

“People were quite afraid of that message, as anybody would be … with the government, with authorities, with scientists, scientific people, with medical people in authority in the public health institutions, all saying the same message starting in about February, March of last year. And so, we all kind of believe this,” he said.

During the first two months of the pandemic, mask mandates and strict lockdown orders were put in place to limit the transmission of COVID-19 in the United States and around the world. The variety of messages released by the officials caused heightened anxiety levels, Risch said.

“All of our anxiety levels were raised, and we all made decisions to curtail, to various degrees, our exposures to other people, some more than others, but I think everybody had levels of anxiety that really affected how they carry out their life at that time,” he said.

Meanwhile, experts in Spain concluded that Vaccine Passports are not that effective in reducing COVID-19 infection rates. The study found that jjab passports have made people fearful and compliant rather than reducing the spread of COVID-19.

Further, a leading doctor credited with improving early treatment of COVID-19 said in a conference that the goal of jjab transmission campaigns is to “control and kill off a large proportion of our population without anyone suspecting that we were poisoned.”

“The deaths that are meant to follow the vaccinations will never be able to be pinned on the poison. They will be too diverse, there will be too many, and they will be in too broad a timeframe for us to understand that we have been poisoned,” claims Dr. Shankara Chetty.

Germany & Australia Already Have 'Quarantine Camps' Where People Are Taken by Force, and Some Are Located Within Prisons Previous post
Hot Mic Catches Politicians Joking About Having Christmas Party While Cancelling Christmas for Everyone Else Next post