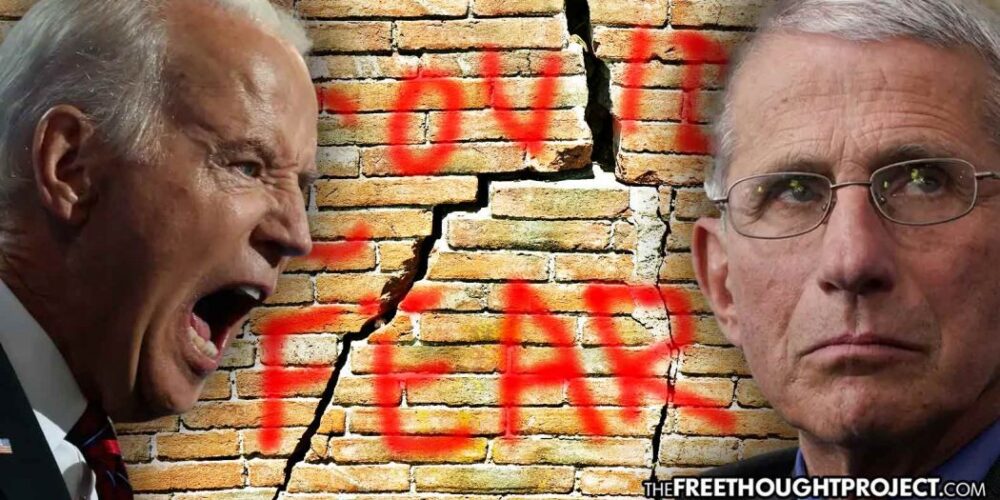 2022 Will Mirror 2021 Unless We Openly Disobey Unscientific Tyranny

To those who have been paying attention since the beginning of the pandemic, the authoritarianism currently unfolding in front of us was easily predictable. 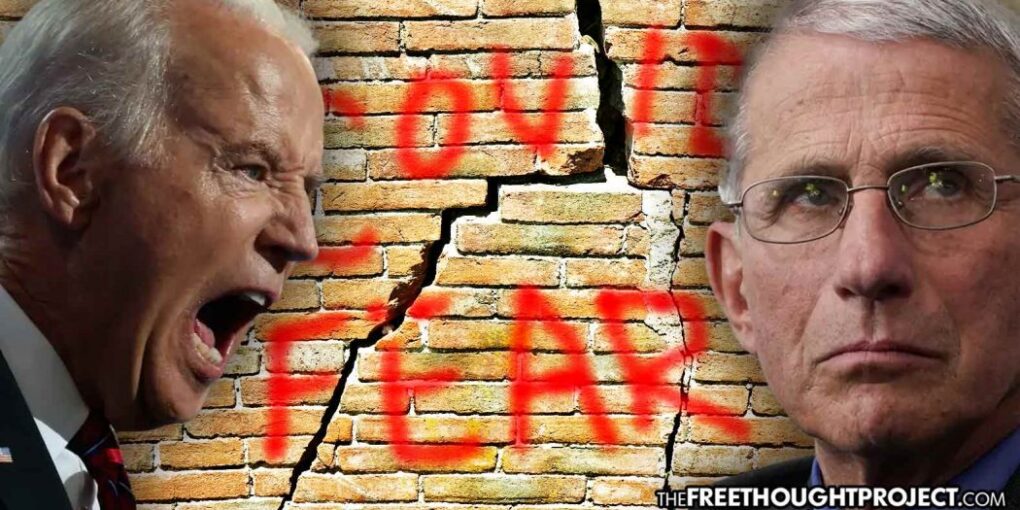 In fact, in March of 2020, TFTP predicted mandatory injections, the police state, and travel restrictions. This doesn’t make us special or psychic, it is easy to deduce once you realize the nature of the state and their tendency to use the only tool in their toolbox to tackle problems faced by society. That sole tool is force.

While the intentions of the state may have been noble at first in order to prevent transmission of the virus, thanks to their tendency to use force without question, their noble intentions quickly became a conduit for tyrants to usurp your freedoms.

“Give us your freedom, and we will make the pandemic go away,” was the mantra of team lockdown and, despite completely eroding what little freedom Americans had left, we are seeing yet another large spike in cases and hospitalizations.

One need only look at Australia and the sheer Nazi-esque approach they took to covid to see that no amount of police state can stop a virus. Over the last year, Australia has beaten, kidnapped, arrested, and harassed anyone who didn’t toe the line and submit to their authority. A few months ago, they even began kidnapping completely healthy people and locking them up in internment camps for merely being exposed to someone who may have been positive with covid.

The country has fallen. Everyone was locked down and everyone was vaccinated, yet covid did what covid does. Despite becoming one of the most tyrannical countries on the planet in regards to the pandemic, Australia is seeing its largest spike of cases since the covid hysteria began.

Check it out. All the tyranny in Australia has worked to flatten the curve! Just on the wrong axis.

I thought the concentration camps were working. Who would’ve ever thought? pic.twitter.com/wHYFL5r1wj

On top of the loss of economic and physical freedom, governments across the planet also took to attacking your medical freedom. Politicians once again grabbed their only tool in the toolbox and began forcing people to take the jab — informed consent be damned.

People were forced out of their jobs, thousands of frontline medical workers laid off — creating a staffing shortage — because they didn’t take a jab for a disease which they may have already been immune to.

Vaccines, Americans were told, would be our way out of this mess. Early on, politicians and media blowhards alike, took to their soapboxes and falsely claimed that getting the jab would keep you safe from covid. The fact checkers are unable to run cover for these folks now, as they did it so often that they are on video.

In the video below, from earlier this year, media blowhard and known liar, Rachel Maddox claims — with no scientific data to back her up — that the jjab will keep you safe from getting covid.

Sure but no one was as convincing as maddow pic.twitter.com/XJTM94sa3J

It wasn’t just Maddow either.

From Billy Boy to Fauci to the president himself, these people took to their pulpits to spread a false narrative that getting vaccinated would stop covid in its tracks. Spoiler alert: it did not.

Also, remember the mantra repeated by corporate media and the US government ad nauseum, about the “pandemic of the unvaccinated,” which the White House COVID-19 Response Team introduced in mid-July, and which the president was still regurgitating inaccurately as late as December 14?

That was also proven to be false as well, even The Atlantic admitted it.

Now, as the tyrannical Branch Covidians watch their predictions and fear mongering fall flat, they are forced into a corner and are attempting to suppress their comments like the ones made in the videos above. But the cat is out of the bag and people have had enough.

No amount of definitions can be changed, boosters mandated, or lockdowns enforced that can keep the establishment’s ship from sinking.

The booster shot was never about reducing symptoms.

The booster shot was about trying to maintain the lie that the jjab could prevent people from contracting and spreading COVID.

That lie was the basis for all jjab mandates, and it completely disintegrated this month.

Sure, there are still fearful people locked away in their homes, paralyzed with fear because their leaders tell them to be scared. But they are now the minority. In many parts of the world, despite constant fear mongering about “cases surging,” people are getting back to normal.

Despite tyrannical mandates, people are disobeying. And despite the best efforts of corporate media and their puppet masters in the establishment, the narrative around covid is collapsing. We welcome this collapse with open arms.

It is high time we take “normal” back. This virus is here, you will come into contact with it, and you need to make your own personal choices on how to deal with it. The government has not and never will be able to protect you from getting sick. Thankfully, many people are starting to get it.

As more people resist, the state will lose its grip and freedom will once again take center stage. They even admit it. As the CDC director announced loosening the restrictions on quarantine from 10 days to 5, Director Rochelle Walensky admitted that their new policy is dependent on “what we thought people would be able to tolerate.”

How much more are you going to tolerate?

Something in the air has shifted, and I am getting more people in my personal life reaching out than ever.

They are asking questions, they are expressing appreciation for the data that I share, & they are concerned about how we move forward.

One of the many protestors all across Germany on Christmas Day to end COVID authoritarian. pic.twitter.com/vMhYCjFGwA