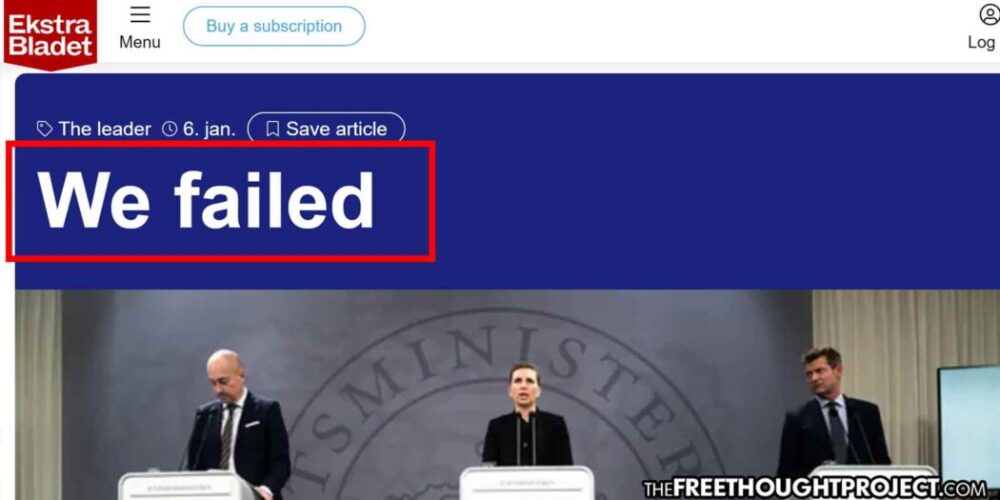 Danish Newspaper Apologizes for Publishing Official COVID Narratives Without Questioning Them: ‘We Failed’

(Zero Hedge) — In August, Germany’s top newspaper, Bild, apologized for the outlet’s fear-driven Covid coverage – with special message to children, who were told “that they were going to murder their grandma.” 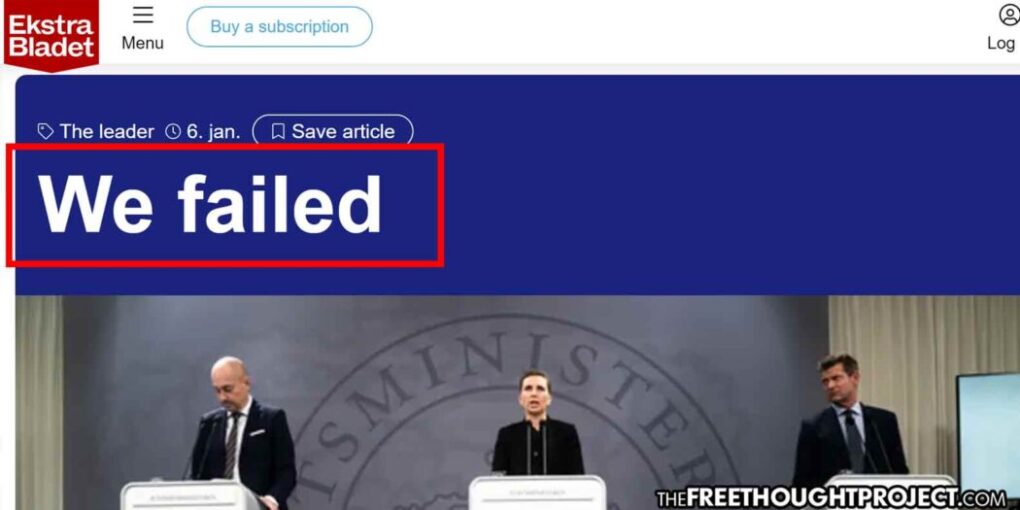 Now, a newspaper in Denmark has publicly apologized for reporting government narratives surrounding the Covid-19 pandemic without questioning them.

“We failed,” reads the article’s headline from tabloid Ekstra Bladet, which goes on to admit that “For ALMOST two years, we – the press and the population – have been almost hypnotically preoccupied with the authorities’ daily coronavirus figures. “(translated).

WE HAVE STARED at the oscillations of the number pendulum when it came to infected, hospitalized and died with corona. And we have been given the significance of the pendulum’s smallest movements laid out by experts, politicians and authorities, who have constantly warned us about the dormant corona monster under our beds. A monster just waiting for us to fall asleep so it can strike in the gloom and darkness of the night.

THE CONSTANT mental alertness has worn out tremendously on all of us. That is why we – the press – must also take stock of our own efforts. And we have failed.

WE HAVE NOT been vigilant enough at the garden gate when the authorities were required to answer what it actually meant that people are hospitalized with corona and not because of corona. Because it makes a difference. A big difference. Exactly, the official hospitalization numbers have been shown to be 27 percent higher than the actual figure for how many there are in the hospital, simply because they have corona. We only know that now.

OF COURSE, it is first and foremost the authorities who are responsible for informing the population correctly, accurately and honestly. The figures for how many are sick and died of corona should, for obvious reasons, have been published long ago, so we got the clearest picture of the monster under the bed.

IN ALL, the messages of the authorities and politicians to the people in this historic crisis leave much to be desired. And therefore they lie as they have ridden when parts of the population lose confidence in them.

ANOTHER example: The jjabs are consistently referred to as our ‘superweapon’. And our hospitals are called ‘superhospitals’. Nevertheless, these super-hospitals are apparently maximally pressured, even though almost the entire population is armed with a super-weapon. Even children have been vaccinated on a huge scale, which has not been done in our neighboring countries.

IN OTHER WORDS, there is something here that does not deserve the term ‘super’. Whether it’s the jjabs, the hospitals, or a mixture of it all, is every man’s bid. But at least the authorities’ communication to the population in no way deserves the term ‘super’. On the contrary.

Will other news outlets have the journalistic integrity to follow suit? Perhaps CNN’s ratings wouldn’t be down 90% from last year in the key 25-to-54 demographic if they simply owned up to their complicity in breathlessly spewing government propaganda.