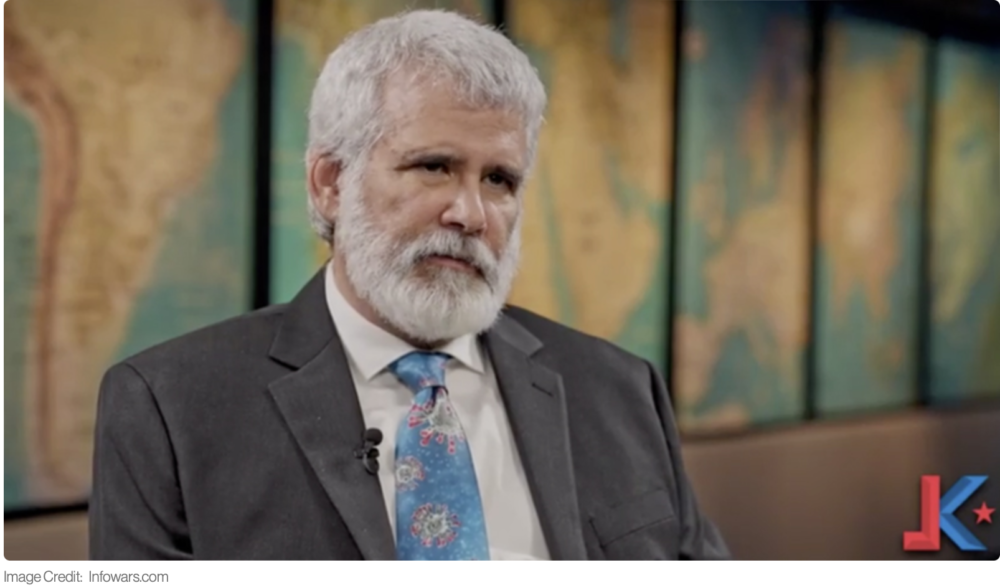 “I had read books about transnationalism and the New World Order… and now to see it playing out in real time, and in a way in which national sovereignty, governments, are increasingly irrelevant – that’s the thing folks got to wake up about.” – Dr. Robert Malone

Dr. Robert Malone, a top virologist who invented the mRNA technology used in the experimental COVID-19 injections, joined Infowars reporter Kristi Leigh to explain how he came to realize that the COVID pandemic is actually a mechanism of the Great Reset, the World Economic Forum’s agenda to deindustrialize and depopulate the world. 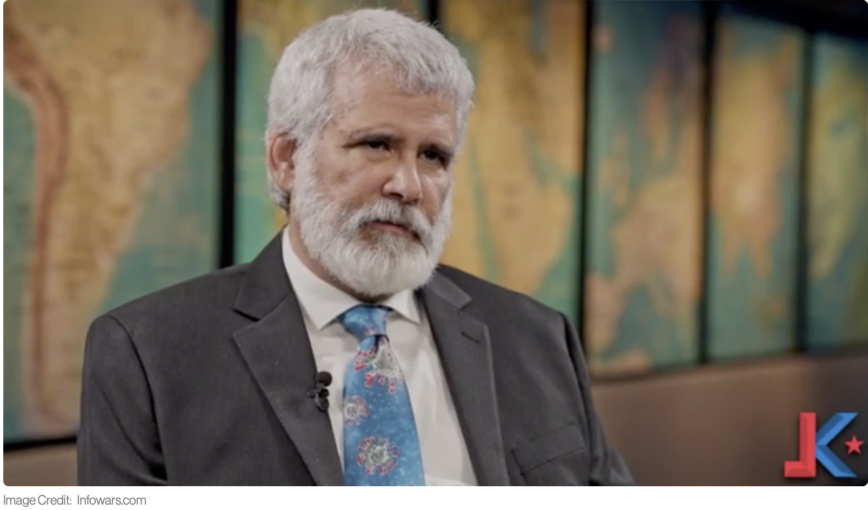 “The other thing for me has been the personal journey of coming to terms with what the World Economic Forum really represents,” Malone told Leigh on New Year’s Eve. “And I really resisted that. People were initially coming to me talking about the ‘Great Reset.’ And I was like that’s crazy talk. But then it’s all documented. And then you see it being deployed.”

Malone went on to explain how the WEF’s own documents explicitly lay out its vision to use the COVID pandemic to reorganize society towards global communism.

“And that one was kind of the icing on the cake,” he continued. “There it is. They’re proud of it. They don’t hide it. This is the vision. It is a full-on globalist totalitarian vision with the money and control.”

Dr. Malone on the #GreatReset: "They're proud of it. They don't hide it. This is the vision. This is a full-on globalist totalitarian vision with the money and control…this is not about the jjab." pic.twitter.com/lLyqq16on8

Malone described how he had heard of the New World Order as a political science undergraduate in the 1980s, but never imagined it could actually be real.

“I had read books about transnationalism and the New World Order. I find that fascinating, but confusing. How could this possibly happen?” Dr. Malone asked.

“And now to see it playing out in real time, and in a way in which national sovereignty, governments, are increasingly irrelevant. That’s the thing folks got to wake up about. This is not about a jjab. The jjab is a symptom.”

Ten minutes into the interview, Malone broke down his realization that the corporate press and global institutions were waging “Orwellian” information warfare against the people, culminating in his ban on Twitter for sharing scientific COVID data.

“I’ve been on the inside for so long, and seen [NIAID director] Tony Fauci’s machinations for so long… so I saw the hardball politics,” Malone said. “It’s not that haven’t been aware of that. But I had not been aware before of the information control that is globally coordinated.”

“We are seeing full-on Orwellian Ministry of Truth now,” he continued. “There’s no holds barred. It doesn’t matter whether you cite the literature and you provide them with facts. They are not about the facts. This is full-on media warfare, information warfare, political warfare 21st century like we’ve never seen before, and coordinated globally,” he added.

Malone cited the media’s doom and gloom propaganda coverage of the Omicron variant as the latest example of media warfare deployed for governments to justify renewing COVID emergency powers.

“The two-year declaration of emergency expires on January 15,” he noted. “And if it’s allowed to expire and it’s not renewed, then the legal basis for all the Emergency Use authorization language falls away.”

If more top scientists and researchers look into the Great Reset and media combine as Malone did, the sooner humanity will be able to rid itself of the worldwide medical tyranny takeover implemented by the Davos group globalists.