Project Veritas has obtained startling never-before-seen documents regarding the origins of COVID-19, gain of function research, jjabs, potential treatments which have been suppressed, and the government’s effort to conceal all of this.

The documents in question stem from a report at the Defense Advanced Research Projects Agency, better known as DARPA, which were hidden in a top secret shared drive.

DARPA is an agency under the U.S. Department of Defense in charge of facilitating research in technology with potential military applications.

Project Veritas has obtained a separate report to the Inspector General of the Department of Defense written by U.S. Marine Corp Major, Joseph Murphy, a former DARPA Fellow.

According to the documents, NIAID, under the direction of Dr. Fauci, went ahead with the research in Wuhan, China and at several sites across the U.S. 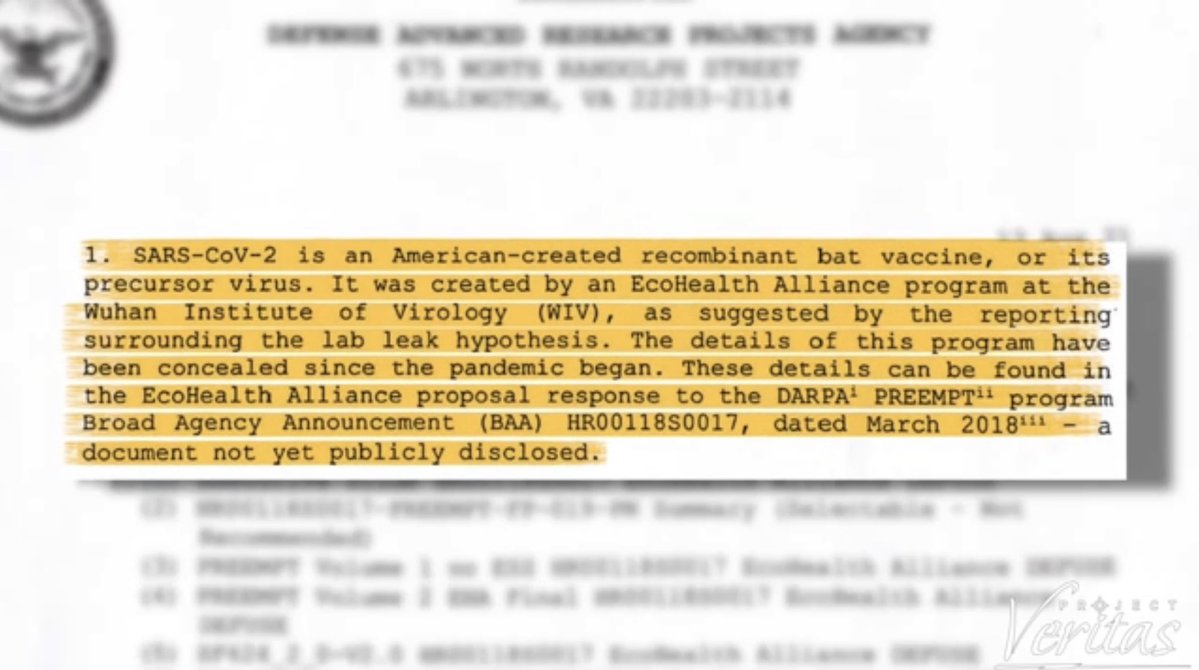 “The proposal does not mention or assess potential risks of Gain of Function (GoF) research,” a direct quote from the DARPA rejection letter.

Major Murphy’s report goes on to detail great concern over the COVID-19 gain of function program, the concealment of documents, the suppression of potential curatives, like Ivermectin and Hydroxychloroquine, and the mRNA jjabs. 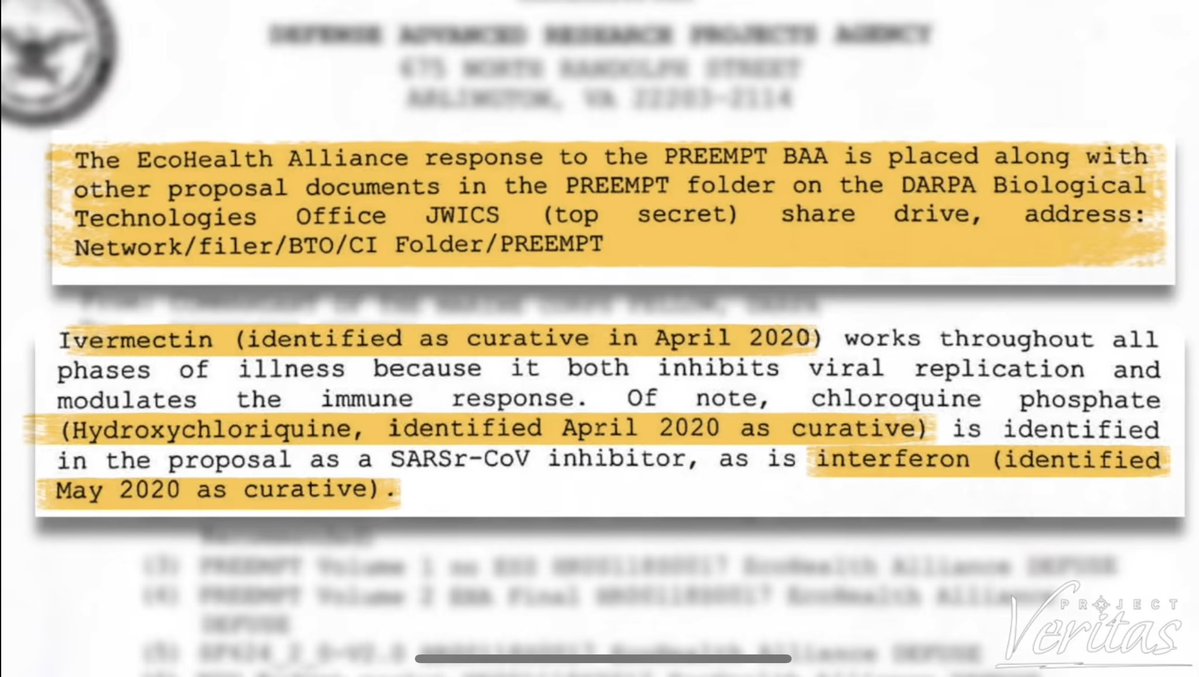 Project Veritas reached out to DARPA for comment regarding the hidden documents and spoke with the Chief of Communications, Jared Adams, who said:

“It doesn’t sound normal to me,” when asked about the way the documents were shrouded in secrecy.

“Who at DARPA made the decision to bury the original report? They could have raised red flags to the Pentagon, the White House, or Congress, which may have prevented this entire pandemic that has led to the deaths of 5.4 million people worldwide and caused much pain and suffering to many millions more.”

Dr. Anthony Fauci has not yet responded to a request for comment on this story.