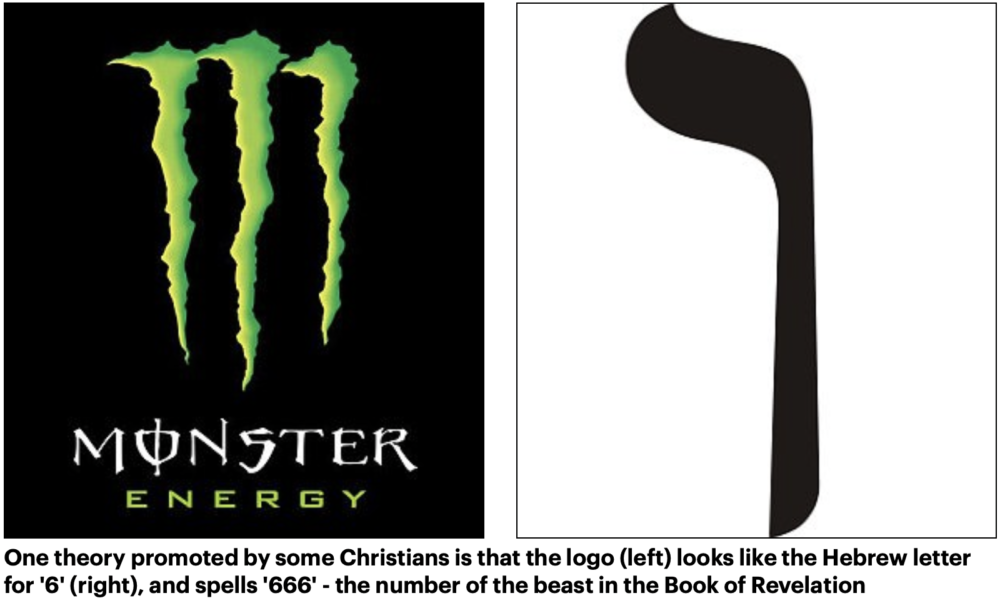 (Opinion) By now, most health-conscious consumers know that most energy drinks are loaded with sugar and/or artificial sweeteners that are bad for your health. But what if the health carnage runs much deeper, on a different level, from drinking the likes of Monster Energy drinks? 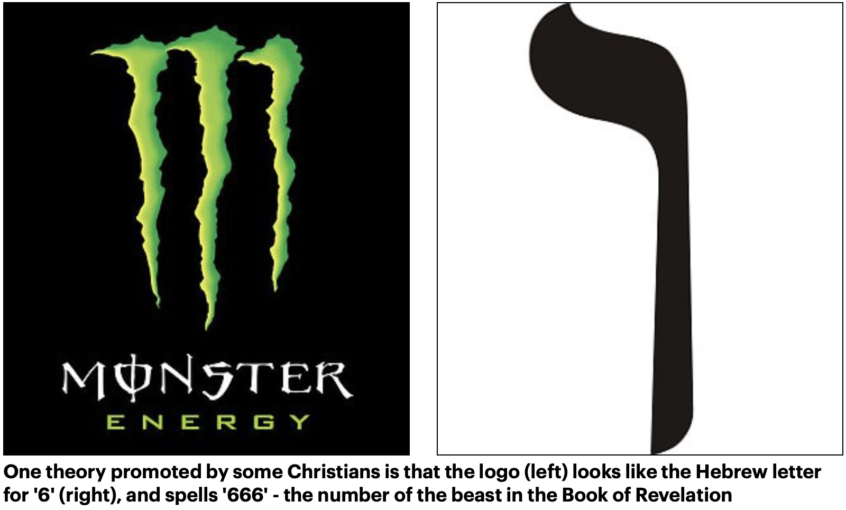 Take heed of what you are about to read and see on video displayed before your eyes. America is being overtaken by Satan worshipers at every level, especially when you look at the big corporations that control most of the food, beverage and medicine industries.

Let’s take a really close look at the Monster Energy drink logo, slogans and filthy language used on their cans and cartons that promote evil thinking and sugar addiction.

First, there is a gap in the letter “M” at the top. It’s not connected. The “M” in Monster has a short top, and a long tail, just like the letter “vav” in Hebrew, that also represents the number 6, which means the “M” in Monster is another symbol for “666” that’s embedded on every Monster can, the number of the beast in the Book of Revelation.

Plus, the Hebrew name “vav” denotes the “joining” letter that means “hook,” so subliminally, Monster Energy is telling you you’re hooked on the drink and the satanic ritual of drinking it. Are you addicted to “beastly energy?”

Next, the “O” in Monster displays a cross. It’s an “anti-Christ” message so when you tip the can upside down to drink it down, the cross is upside down (hence witchcraft symbolism in action), while you “Unleash the Beast,” according to the top Monster slogan written on the cans and cartons. Are people perishing for lack of knowledge, like Jesus said?

It’s so obvious, that a two-time X-Games gold medalist BMX champion, Colton Satterfield, has ditched Monster Energy as his sponsors saying their advertising, slogan and logo are unChristian.

The devil’s claw marks on the can may have been the clincher for Satterfield, who doesn’t want to have a satanic sponsor since he converted recently to Mormon faith, despite the lucrative deal Monster Energy was giving him.

Satterfield is quoted saying, “So for me, I do my best to walk uprightly before a very real and good God and, with some of their marketing and logos, it just wasn’t something I could keep supporting.”

The BMX champion is not the first to recognize the satanic messages on the Monster Energy products. A woman’s video explaining it all went viral:

Either “Monster” choice is evil — Boatloads of sugar or artificial sweetener

The true evil lies in the sugar in these monstrous energy drinks. Some of the larger cans contain over TWENTY teaspoons worth of sugar, causing blood sugar levels to drastically spike, then drop off later in major “crash” form.

One 16 fl. oz can of Monster Energy contains 54g of sugar, totaling over 200 calories. Do that every day and it’s not soon thereafter that you’re battling “beastly obesity.” The Devil’s in the details.

Cancer loves sugar. It thrives on glucose. It’s the ultimate fuel for cancer proliferation, type 2 diabetes and kidney disease. Then comes tooth erosion. Plus, artificial sweeteners are known to cause irritable bowel syndrome (IBS), chronic headaches, nervousness, anxiety, and wait for it… weight gain. It gets worse.

Evil corporations like Red Bull, Monster and Rockstar pour cash into marketing to youngsters at extreme sports events and music festivals, and through social media.

Bottom line is read the ingredients on everything you (and your children) consume. Evil is as evil does, so quit tipping that cross upside down and getting bad energy from bad sources.