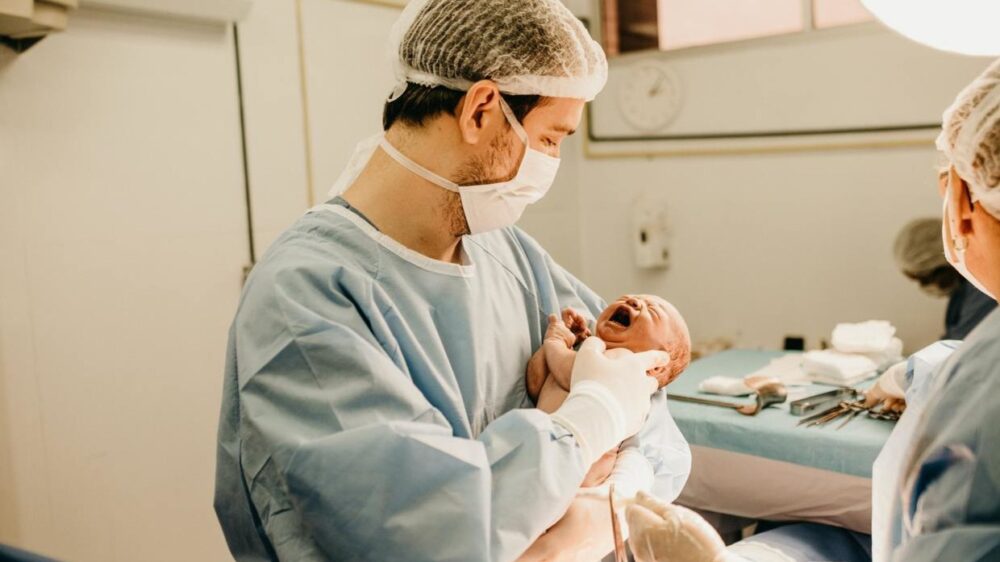 ‘My job is to help women give birth, but I was banned from using the word “mother”’.

With gender-neutral language becoming obligatory for midwives, RT speaks to one home birthing attendant who has had enough of the “Orwellian trans takeover” and believes it’s time to confront it. 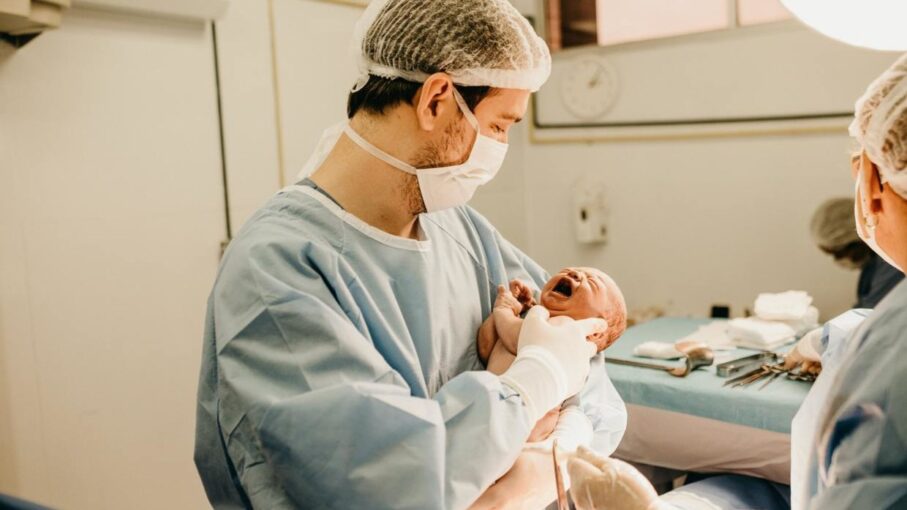 “Dissociating from your body and denying what it is, and then framing it as some kind of enlightened state… it’s really twisted.”

Strong words that will chime with many from home birth attendant Isabella Malbin, who is one of an increasing number of midwives, doulas, and nurses speaking out about what they see as a trans takeover of the birthing world.

A recently launched UK-based Twitter account, Sex Not Gender Nurses and Midwives, has provided a forum to get their point across. But the reality for many health professionals is that talking publicly is difficult, because of a fear of either being ostracised or going against their training.

To get an idea of the pressures they face, RT spoke to Isabella, who is a firm believer that trans ideology has to be countered. Ironically, her views have gone through quite a transformation since she began her doula training in 2016 in her home town, New York City.

She said, “Like most women getting into birth work and women’s health, I have a very sincere desire to improve the lives of women, girls and children. Not anyone goes into such a politicised space where there is so much work that needs to be done. I went into that space with the intention to make the lives of women and children better, starting at birth.”

Aged 24 and keen to embrace modernity, Malbin was unsurprised that the first part of her training was not focused on medical matters, and instead was called ‘Cultural Competency’. That meant she and her fellow students were taught to erase the words ‘mother’ and ‘woman’ from their professional vocabulary. The replacements were: ‘birthing bodies’, ‘birthing people’, ‘menstruater’, ‘people who bleed’, and ‘chestfeeder’.

Malbin reflected, “I’m from New York City, I went to art school… you didn’t have to say much more; I was on board. I couldn’t at the time understand how it would hurt anyone. I really couldn’t come up with any reasoning or examples why it would take anything away from me as a woman or women [in general] to use that language.”

As she was so intent on trying to be as good a doula as possible, Malbin didn’t question these instructions. In fact, the tone made it clear how objections would be framed. “It was delivered as: ‘if you’re not on board, you have some inner work to do’,” she said. “Around that time some elder midwives wrote a letter about the danger of gender-neutral language. My trainer brought it up as this horrible, shameful thing that had gone on in the birth world, that there was this group of midwives opposing this ‘new speak’. Immediately I learned any opposition… was frowned upon.”

Malbin gained her qualification and began delivering training sessions to couples expecting children, using the language that she had been told to use. Her website and professional materials didn’t contain the words ‘mother’ or ‘woman’.

Now she reflects upon what her clients must have felt as she avoided those words in the classes. “I would be in a room with 12 couples coming to me for childbirth education and not a single woman in the room thought she was a man – yet I would continue to use language like ‘birthing people’. It was really unbelievable and I did that for three years,” she explained.

“If they felt it was strange – as I am sure most of them did – no one ever said anything to me. I imagine if they did think this was weird, they didn’t want to offend me or create a discord within the relationship.”

Finally, there was a crack in the dam and Malbin questioned the language politics when a Caesarean section was referred to as a ‘belly birth’.

She said, “It’s Orwellian and it doesn’t make sense; everybody knows a C-section is not just a belly birth. Who are we trying to protect here? That is a marketing thing that I see only benefits the hospitals who are selling these belly births.”

From then on, Malbin decided to revert to using the language that she personally felt was right and abandoned the ‘Cultural Competency’ of her training. That has come at a cost, as at a later training course she was kicked out for refusing to ignore the terms ‘mother’ and ‘woman’, despite explaining that she accepted if other students felt differently.

She said, “I was reported as ‘unsafe’ to the leader of a program who called for a gender forum. [Then] A psychologist did a role-play of a man who thinks he is a woman begging me to let him into my women’s circle.”

“I said, ‘I’m really sorry to hear you’re dealing with all these things, but you are not a woman and this is a ‘women only’ space, so get the help you need but you are not welcome here’. That sounds very harsh to a lot of people and it’s insane that is the case.”

According to Malbin, this is a common situation – where female health professionals involved in births can’t voice an opinion that disagrees with trans ideology. Colleagues and others online describe it as like having nowhere to turn.

“They are not free to speak, they are not given an open forum, they are plucked out quicker than you can say ‘trans ideology’,” said Malbin.

“I get messages and emails from women all over the world regularly telling me that they can’t speak out or they were ostracised. There is no kind of democratic space or nuanced space where women can talk about these issues. This ideology is authoritarian and if you even question one part, you are instantly deemed transphobic.”

Alongside the midwives, doulas, and home birth attendants, mothers (and fathers) are also impacted by the use of gender-neutral language. Most arrive at hospitals or birthing centres happy to take their lead from the professionals. So it is likely to cause an issue if they are struck by being referred as to as a ‘menstruater’ or ‘chestfeeder’.

“I’ve had women come to me and say, ‘I don’t feel a connection with my midwife because she believes in this ideology’,” said Malbin.

“What we are already dealing with in birth is a very deindividualised experience where the woman is one of many. It’s like a conveyor belt… she comes in, she comes out. Then you are unable to name your parts or to feel embarrassed or hesitant to claim your body as a woman out of fear of triggering someone.”

The Billionaires Behind the LGBTQ & Transgender Agenda: George Soros, Peter Buffett, Tim Gill and the Stryker Dynasty Have Donated HUNDREDS of Millions to the Cause.

There’s also the reality that some women may feel uncomfortable being examined by a man. They may be surprised when someone with a female name arrives at their bedside but is in a fact a man identifying as a woman.

Malbin continued, “l also think it’s an issue to have medical professionals who are male pretending to be women, inserting themselves literally into the inside of women’s bodies.

“I already take issue with male OB-GYNs and men who call themselves midwives and doulas, but on top of that if you add a man who is convinced he is a woman and has breast implants and has been on estrogen for 10 years, that is a whole other level.

“I have had women who’ve shown up to gynecological and obstetric appointments thinking they are going to see a woman and it’s a man. Imagine being in a room alone with this man, and you don’t want to offend, and you’ve already taken off your pants. This is happening.”

Putin: Wokeness is ‘Reversed Discrimination’ and a ‘Crime Against Humanity.’

The momentum is definitely with those who subscribe to trans ideology. And Malbin believes that is a concern for any future midwives or doulas, as they have to swallow any opposing personal views or potentially find a new career.

“Ask yourself: Do you want to be part of an organisation that is being bullied? Whether they believe in what they are doing or not, do you want to be led by someone who has succumbed to bullying by the mob? There are a couple of programs still out there that have stayed strong and refused to comply with this nonsense, but they are far and few between.