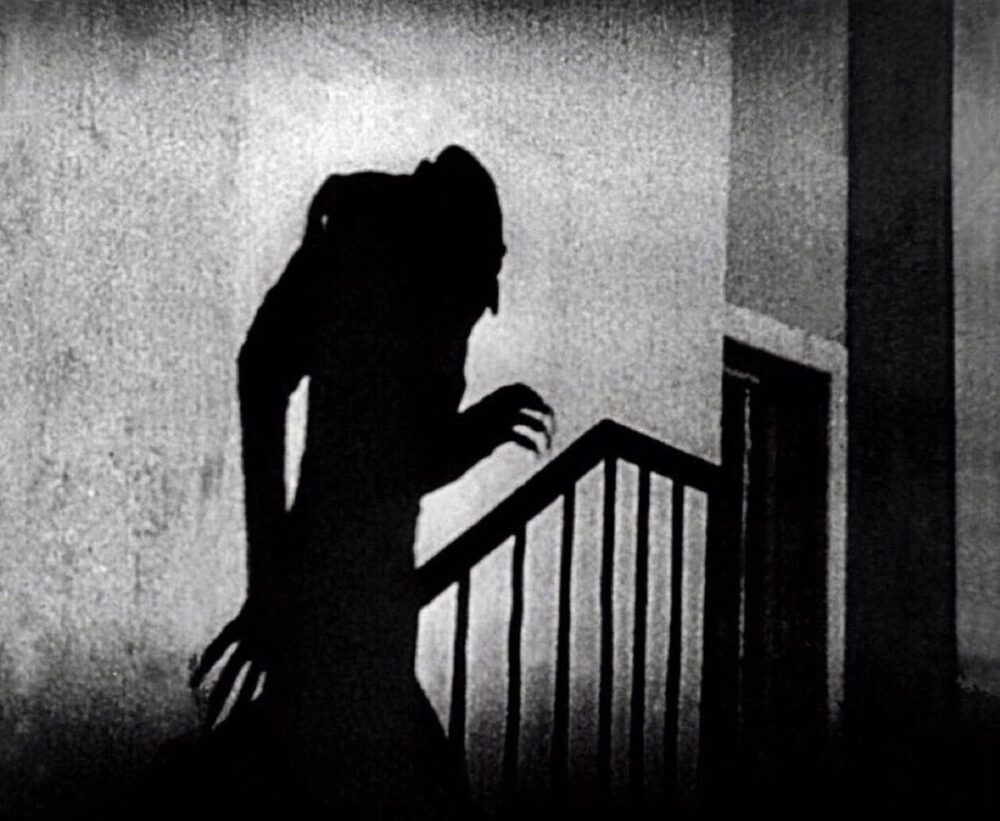 Preventing Psychopaths from Getting Into Positions of Power

Despite a growing resurgence of interest in the science and psychology of narcissistic sociopaths and psychopaths it seems as though society today has lost track of how these people can sabotage the core fabric of a civilization or nation. 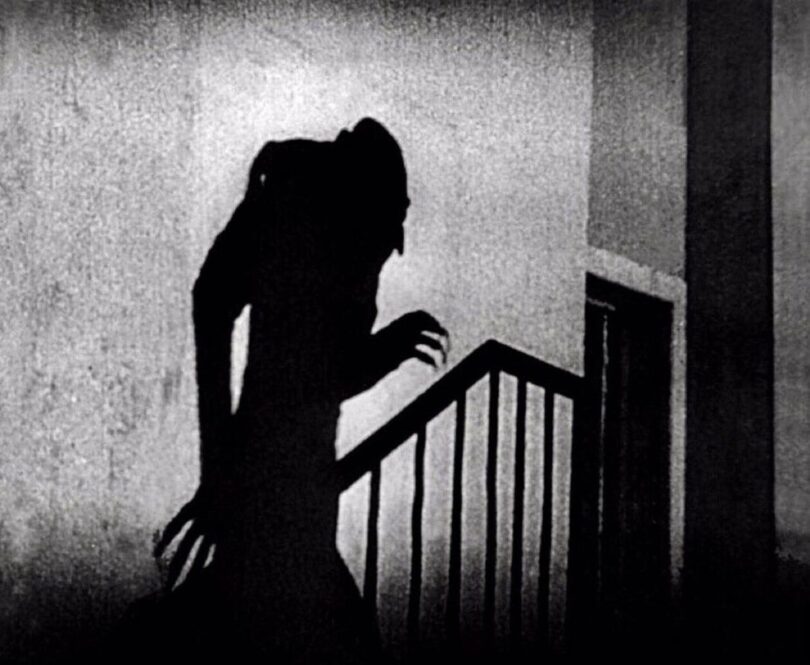 It is very easy to hyper-focus on collectivist ideologies as the source of our problems and forget that these ideologies do not function in a vacuum; they cannot wreak havoc by themselves, they need psychopathic people directing them to do real damage.

There is something about collectivism that lends itself to projection and hypocrisy (collectivism is organization by FORCE instead of being voluntary). I suppose when your political ideology becomes your religion it’s easy to turn into a zealot. And while zealots find power in their single-mindedness and their cultism they also tend to lack any self-awareness. They literally go insane with devotion to their cause to the point that they lose track of whether or not their cause is fair and just. Their behavior becomes increasingly erratic and disjointed and every person they run into that does not share their views is immediately seen as a heretical enemy that needs to be exposed or destroyed.

To outsiders looking in, zealots are an endless source of comedy. You can’t help but laugh because their ticks and cricks and outbursts are nonsensical and absurd (just check out “Libs Of Tik Tok” for a mountain of examples). As long as they don’t have any real power these people act as a reminder of what happens when human beings abandon reason for madness. They can be frightening but they serve the purposes of entertainment as well as keeping the rest of us grounded. When they do gain power, however, that’s when things stop being funny.

Civilizations throughout history have consistently dealt with the problem of zealots, but the greater threat is the existence of narcissists and psychopaths sneaking into positions of authority and encouraging zealotry among the masses.

Generally, psychopaths are seen as an anomaly which is quickly identified and shunned in order to prevent them from climbing too high up the ladder of social influence. The problem is they are not as rare as one might hope and many of them have the ability to hide among the herd.

Around 1% of any given population is made up of psychopaths while another 1% are sociopaths. Around 5% of people are identified as having narcissistic traits. Narcissists are self absorbed and view themselves as superior to everyone else – They believe they are entitled to adoration and authority.

Sociopaths have an inability to feel empathy for others and this makes them impractical as leaders.

Psychopaths also exhibit a lack of empathy but also have a propensity for emotional or physical violence. They take joy in the suffering of others and perpetrate a large number of violent crimes.

Even though psychopaths are 1% of the population, they make up 15% to 25% of those incarcerated in prisons. The drag they exert on society cannot be overstated.

There is definitely some overlap among the various types, but in general close to 10% of human beings exhibit dangerous and mostly inherent psychological malfunctions that are often not treatable. Think about that for a moment – 10 out of every 100 people are ticking time bombs waiting to make life miserable for the rest of us.

To be sure, some of them are still able to function in society. Sociopaths in particular can become valuable in fields where less empathy is required in order to accomplish certain tasks. They are particularly well suited as surgeons, EMTs, soldiers, firefighters, and any other job where seeing people in pain is not going to stop them from saving lives. They don’t necessarily take joy in seeing others harmed, but they aren’t emotionally phased by it either.

As long as they are never allowed into positions of influence over large groups of people they can serve some good for the public.

History shows us that vetting and preventing psychologically broken individuals from slipping into institutions that offer power is not so easy. In fact, many monarchies and empires were built on systems that allowed psychopaths and narcissists to flourish because they relied on genetic succession. If a monarch had a son that was predisposed to psychopathy it did not matter, that crazed prince would one day become a king and there was little that could be done about it. There was no vetting process.

Also, many such traits are passed on genetically, which means a power structure built on heredity could become progressively more destructive as psychopaths in royalty intermarry. This would help explain why psychopathic behavior is over-represented among monarchs of the past.

The creation of democracy and democratic republics was in part designed to help weed out aberrant individuals by using open elections and the voting process. In other words, let the people scrutinize candidates and remove the crazies from circles of power.

Unfortunately, this doesn’t work too well if ALL the candidates are psychopaths and the public has no real choice. By extension, psychopaths have also found ways to circumvent the political process and control it without directly participating in it.

The corporate world and financial institutions allow psychopaths to influence politics from behind the curtain, buying off candidates and their loyalty or vetting candidates and ONLY allowing those with similar sociopathic, narcissistic and psychopathic habits through the selection process and into the political arena.

In tribal societies and in smaller low-tech societies the ability to identify and root out psychologically broken individuals and prevent them from becoming leaders was easier. In the midst of vast empires and technocracy it is much simpler for psychopaths to hide among normal people and blend in.

I usually compare invasive psychopaths to mythological stories of vampires for this reason. I really can’t think of a better analogy. They insinuate themselves into a population, take up positions of influence which protect them from suspicion and then systematically bleed the town dry. This is what they do. It is in their nature and they cannot be fixed, they can only be removed as a parasite is removed from a host.

These people are the top threats to any given civilization. They are moderators of chaos and they actively conspire to supplant free society. They are what I would call primary organized psychopaths and they do indeed work together for mutual gain, much like a pack of wolves. They represent the 1% of the 1% (i.e. the globalists).

Psychopaths at the top of the pyramid have been organized for a long time, but what about the millions of other people out there with such traits? What happens when they are given a way to congregate?

Modern society and Big Tech social media have created even worse circumstances because now the greater psychopathic community is no longer isolated. That 1% that used to be mostly relegated to quiet corners and the fringes of humanity are now able to organize into aggressive mobs of hundreds of thousands, leading millions of lesser sociopaths and narcissists. This is creating a subculture of what I would call communal insanity – As the old saying goes, the patients are taking over the asylum.

We see this specifically with the political left and the open promotion of narcissism as an acceptable way of life. This is not to say that psychopaths don’t try to infiltrate conservative circles as well, only that leftists are much more welcoming to their kind. These are people that once felt powerless because they were shunned and now they want revenge.

The thing is, they were originally shunned from influence for a very good reason; they are not psychologically equipped to handle any measure of power. Now they are being handed institutional control and they are being whipped into a frothing frenzy. They see themselves as the underdogs and the “revolutionaries”, but really they are just emotionally stunted and handicapped and they were put in permanent time-out to protect the rest of humanity.

But how is this danger dealt with, not just in the short term but the longer term?

Our culture has to be fundamentally changed with psychopathy and other aberrant traits in mind. We can no longer ignore the effect these people have on humanity as a whole. The first step would require separation from movements and institutions that promote psychopathic and narcissistic behaviors.

In other words, we need to return to a model of isolation for the psychopathically inclined instead of treating them as if they are some kind of victim status group that needs special attention and “nurturing.”

As noted, in many cases these characteristics are inherent (inborn) and cannot be treated. There is no fixing the problem because it is not so much an illness as it is a completely different psychological structure. They might as well be a different species, and a predatory one at that. There is no mutual coexistence with them. They see us as food.

Candidates for positions of authority would have to be screened for psychopathy, narcissism and sociopathy. If they have too many of the warning signs then they should not be allowed to pursue those jobs.

This is the only answer beyond fundamentally changing the way our election system functions, which I’m not necessarily opposed to either.

A random lottery system for government jobs along with strict term limits (not just for normal political positions but also in bureaucratic positions) would at least be better than what we have now. I would rather risk the possibility of less qualified people being randomly chosen for government than have a system that attracts a concentrated culture of malicious parasites.

What better way to discourage psychopaths than to take away any long term benefits of working in government? What better way to disrupt the influence of corporate elitists than to take away their ability to finance or choose the candidates that end up in office? And even if they were able to buy off some officials, with term limits they would have to start over and over again with the latest crop of new officials.

Some will of course point out that changing the system tomorrow will require getting rid of the psychopaths that run it today. I agree, it’s a dilemma.

Sadly, once psychopaths become organized and entrenched history tells us they will not be moved without the force of violence. They don’t care about protests, they are not moved by reason or logic, they don’t care about the suffering of the masses and they will always see themselves as the rightful rulers of us “lesser” peasants.

They derive supremacy from the mobs of the stunted that they lead and exploit; the nearly 10% of the population that when organized becomes an army of raging mad hatters hungry for scraps from the table of power.

We can and should continue to separate from the collectivist mob and the zealots, but all psychopaths view separation as defiance and will try to interfere. Eventually there’s going to be a fight, and maybe that’s for the best.

How the Flow of Money Created the One World Government Previous post
Nuremberg 2.0 Is Here & It’s Got A Criminal Investigation With Reference Number Next post