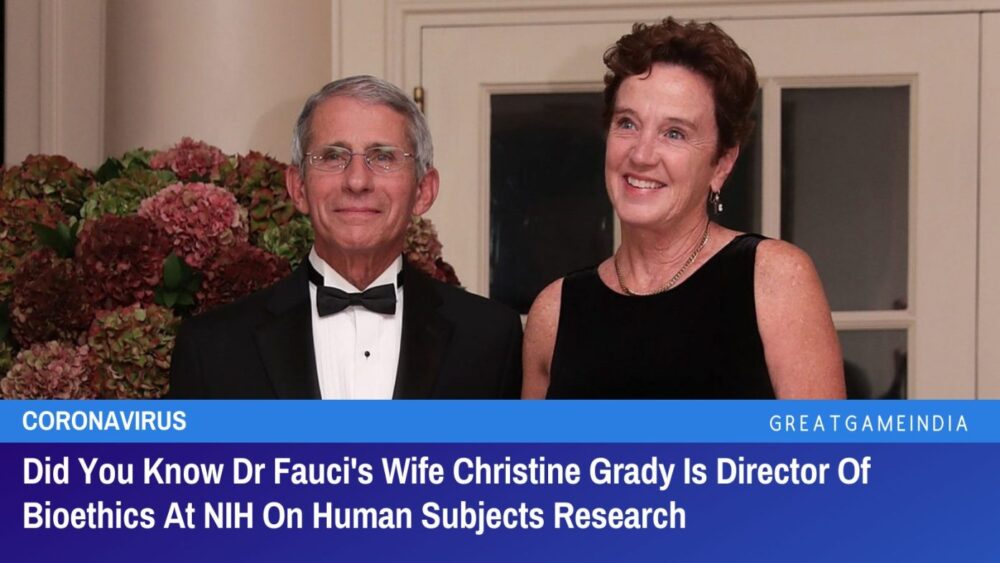 Anthony Fauci’s wife is director of bioethics at the National Institutes of Health, and that’s a problem.

“I would imagine, given the size of our country and the diversity of vaccination versus not vaccination, that it likely will be more than a couple of weeks, probably by the end of January, I would think.” 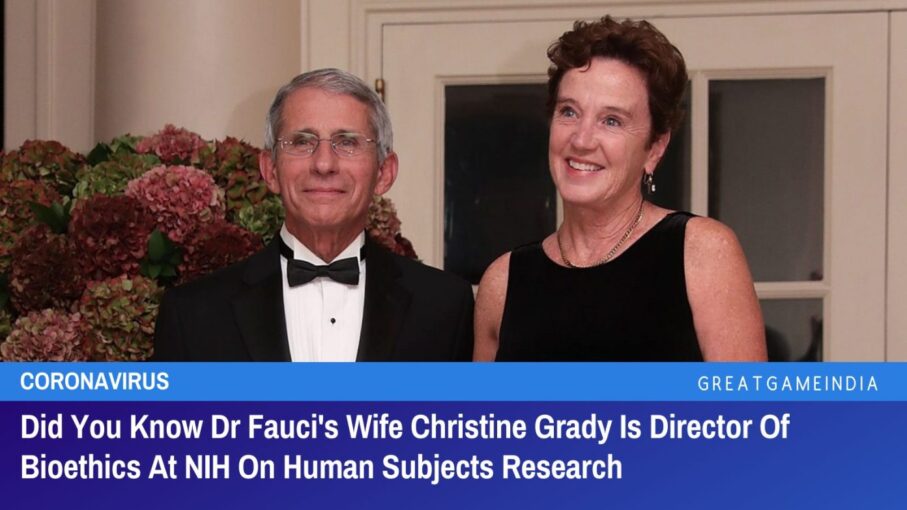 That’s the latest prophecy on the Omicron surge, from White House advisor Dr. Anthony Fauci, a government bureaucrat since 1968 and head of the National Institute of Allergy and Infectious Diseases (NIAID) since 1984. Dr. Fauci commands a budget of more than $6 billion and also holds a strategic position unknown to many Americans.

Fauci’s wife, Christine Grady, is director of the Department of Bioethics at the National Institutes of Health and heads the NIH section on human subjects research. Some Americans first received that revelation last February in Michelle Ruiz’s Vogue feature headlined, “For Dr. Anthony Fauci and Dr. Christine Grady, Love Conquers All.”

Back in 1983, Grady was a clinical nurse at NIH when Fauci suddenly asked her out to dinner. It was “love at first sight,” Fauci told Ruiz, “she was intelligent, beautiful, spoke multiple languages, and she had a very wonderful bedside manner.” Fauci and Grady married in 1985 and the pair now form a “a medical power couple leading the fight against the coronavirus.” Nice story, but it wasn’t exactly love at first sight.

“The couple met at the outset of the AIDS epidemic,” Ruiz explained, “with Fauci driving research at the NIAID and inviting activists to the table on scientific and medical discussions.” Grady had served on President Reagan’s HIV/AIDS commission, and the couple found their true bond in the government response to AIDS. Fauci predicted that AIDS would ravage the entire population but as Michael Fumento showed in The Myth of Heterosexual AIDS, that never happened.

Fauci’s wife earned a Ph.D. in philosophy and bioethics from Georgetown but she is not a medical doctor and, like her husband, holds no advanced degrees in biochemistry or molecular biology. In 1995, Grady authored The Search for an AIDS Vaccine:Ethical Issues in the Development and Testing of a Preventative AIDS Vaccine. As the back cover explains, “Grady explores the current wisdom governing research with human subjects” (emphasis added) and “clinical trials are already ongoing.” Those would be clinical trials of drugs.

Fauci’s remedy of choice for AIDS was AZT (azidothymidine), marketed under the names Zidovudine or Retrovir. The drug has toxic effects but in the summer of 1989, Fauci announced clinical trials of AZT on pregnant mothers with HIV.

As UC Berkeley molecular biologist Peter Duesberg explained in Inventing the AIDs Virus, “a drug that interferes with growth can lead only to physical deformities in babies developing in the womb.”

By all indications, nurse and bioethicist Christine Grady was sanguine about these trials, not the last of their kind to test human subjects with AZT and other powerful drugs.

In 1992, Fauci’s NIAID provided funding for the Incarnation Children’s Center (ICC) in New York as an outpatient clinic for HIV-positive children. The city’s Administration for Children’s Services (ACS) offered up children under its care, nearly all of them African American, for secretive drug experimentation. As the BBC’s 2004 documentary “Guinea Pig Kids,” demonstrated, drugs forced on the children included AZT, Didanosine and Nevirapine.

According to biochemist Dr. David Rasnick, the children were going to be miserable and one nurse discovered that some 80 of the children died. The medical establishment attacked the documentary but a 2009 New York Times report confirmed that children were enrolled without proper consent and many were subjected to medication trials not reviewed by an advisory panel.

In 2014, Valerie Leiter and Sarah Herman of Simmons College found similarities between Fauci’s NIAID-backed drug trials and the government’s Tuskegee syphilis study. Since most of the children in the New York trials were black, the authors branded the case a “modern Tuskegee.” If nurse, bioethicist, and mother of three, Christine Grady, objected to these experiments on human subjects, nothing has been made public.

In 2012, the NIH named Christine Grady chief of the Department of Bioethics of the National Institutes of Health Clinical Center. Grady came billed as “a strong international voice in human subjects protections,” but no word that she had been married to Fauci for nearly 30 years, and nothing on the conflict of interest in the new arrangement. Since NIH ethics guide NIAID, Grady’s ethical decisions inform her husband’s research and development decisions.

Fauci decided to fund dangerous gain-of-function research at the Wuhan Institute of Virology in Communist China. No word from Grady about the ethics of making viruses more lethal and more transmissible. Fauci and NIH boss Francis Collins both lied about funding that research, but no word from Grady on the ethics of that deception.

In early 2020, Fauci opposed President Trump’s ban on travel from China. Fauci recommended the destructive lockdowns that caused untold suffering and loss. No word from Grady about the ethics involved in those decisions.

As Elle reported in June, Christine Grady “identifies, researches, and writes about ethical issues concerning COVID-19 jjabs, resource allocation, and the safety of healthcare workers during the pandemic.” No word from the NIH bioethics boss about the safety of all those human subjects in the general population.

Fauci has reversed himself many times but the NIAID boss now claims “I represent science,” an open confession of megalomania. By all indications, Christine Grady’s husband can say or do just about anything, and the NIH bioethics boss has no problem with it. As it turns out, white coat supremacy is a husband-and-wife act.