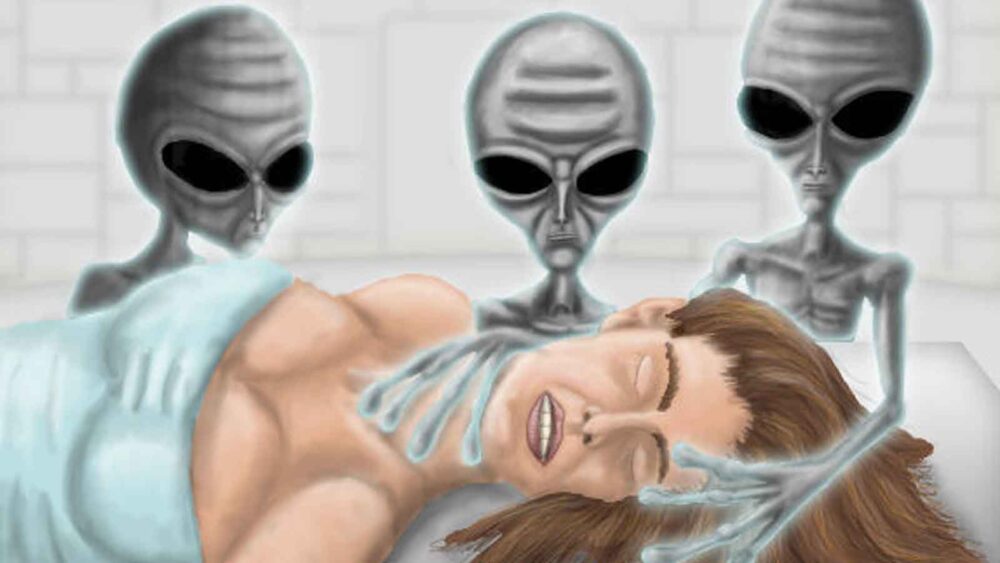 If it wasn’t difficult enough to wrap your head around all of what’s happening on this planet right now: sustained lock downs, increased mandates the world over, and a continued push to make the evergreen presence of viruses and their successive forced inoculations a permanent part of the human experience, how unimaginable it would be to consider that what’s driving all of this madness may have esoteric origins.

Furthermore, could an alien agenda be what’s behind the iron curtain of all that’s going on? 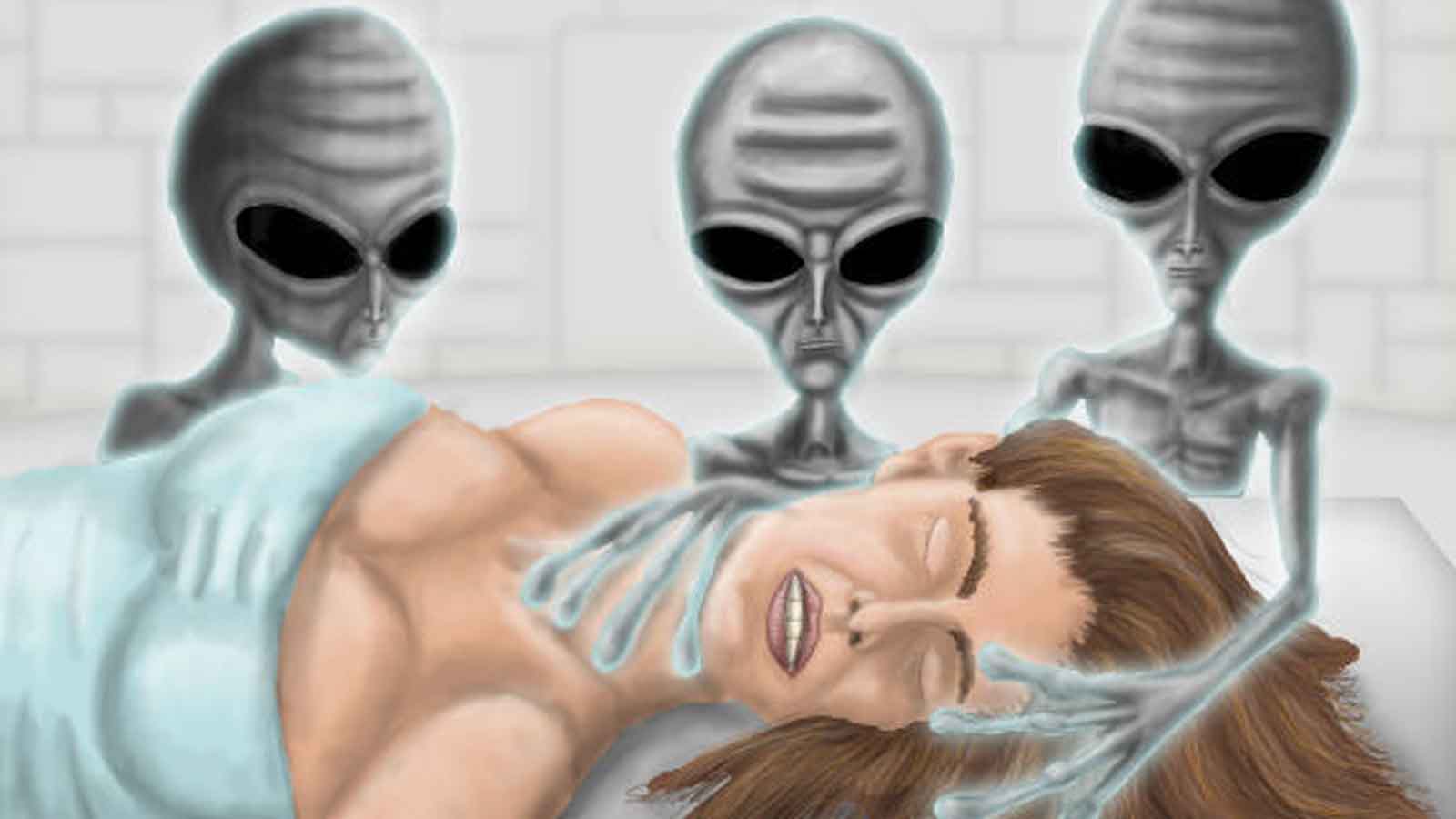 Most still don’t suspect anything other than the fact that a pesky (though dangerous) pathogen has wreaked havoc on humanity and well, “we must do what’s necessary to stay safe…” Others are suspect of the impetus for all that’s happening now and even more, where this is all going!

Intuitive mystic and metaphysical researcher Gigi Young spoke out about her thoughts on the idea that the Global elite’s plan may have more to do with their skewed esoteric beliefs along with a form of ET intelligence that literally wants to re-create the human genome for their own species’ survival.

The following are her thoughts (in her own words) during an interview with Daniel Liszt of Dark Journalist:

“Part of that esoteric discussion, in my opinion, should center on the reality that there is a push to alter the genetics of mankind. We now need to start looking at these elites and [ask] what is their belief system? What is their religion? Who is their god? What do they believe? Because what we will find is that when we pull back the curtain, we pull back layers, and we see what their belief system is, all of [what’s now going on] will become very obvious, and we’ll also understand how to stop it.”

Is this a campaign to modify human DNA?

“It’s time to really look at the esoteric nature of all of this. And now with the DNA modification, I noticed something happening with many of the intuitives that I work with that are actually very good intuitives in the community.

“They started to come to me with very similar visions. I’d also been having this vision but I hadn’t really wanted to say because the energy was so sensitive. So many people are affected by this that we have to be careful in how we discuss it.”

“Some people were saying [this is connected to] Grey ET’s and I was saying that as well. Others were seeing negative entities…but the human form is being changed to lower its energy – to distort its energy, and to create an imbalance so that something else can come in.” 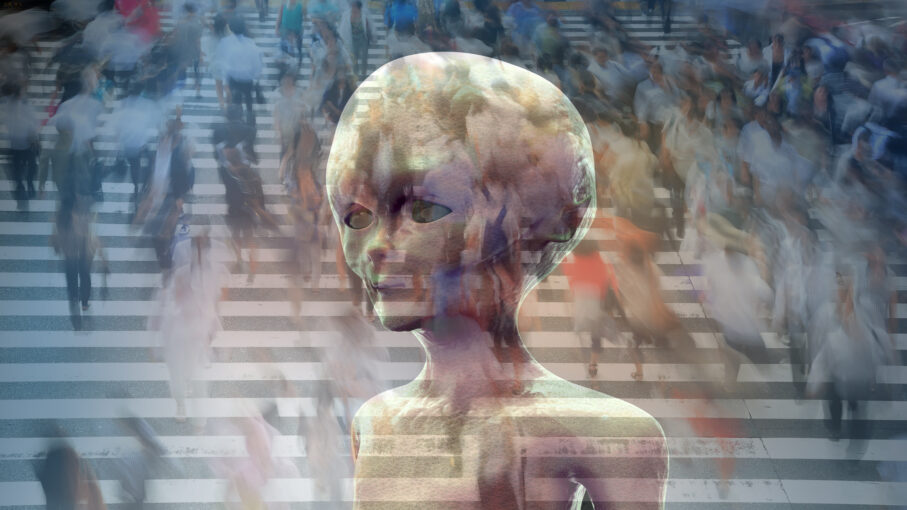 “My mind just went to these various different abductee encounters that I’d heard about where there were these abduction experiences that people were having with these Grey looking beings, in which the Greys actually told them that it’s as though the human genetics were too powerful – too much soul.

“The weird thing is that [ET contact experiencer] Alex Collier said this as well… that a lot of these abductions are going on by beings who are trying to alter genetics because the human genetics [are currently] too strong. There’s too much soul essence weaved into it.”

And that’s the first thing I thought of and I asked:

“Oh wow – what if this [current medical protocol] is going on to weaken the human genetics or change the human genetics to create a hybrid bridge species that can hold divergent humans and hold these sort of humans…these beings that have taken this synthetic divergent path that can no longer have an organic body. What if these things need forms? And what if our natural form has progressed too much passed them?”

“I know that this is very controversial. I just want to open the conversation and I think we should play with this information. We should discuss it, because this will only be resolved, truly, when we understand the esoteric side of this because everything that this group does – these elites – these dark groups that shake all these hands in private – they are following a very specific religion. There’s a belief system that they have and it’s a very specific esoterica that they hold. Everything that they do is in service to that.”

Some of the abduction accounts that we’ve covered here on Higher Journeys and the experiencers we have interviewed have curious hallmarks of such a plan.

As alien an idea as this may be for many, as Gigi stated, this [plan] will only be resolved when we decide to look at the esoteric elephant in the room and once we understand the plan we can “hit it hard,” in order to eradicate this madness once and for all!