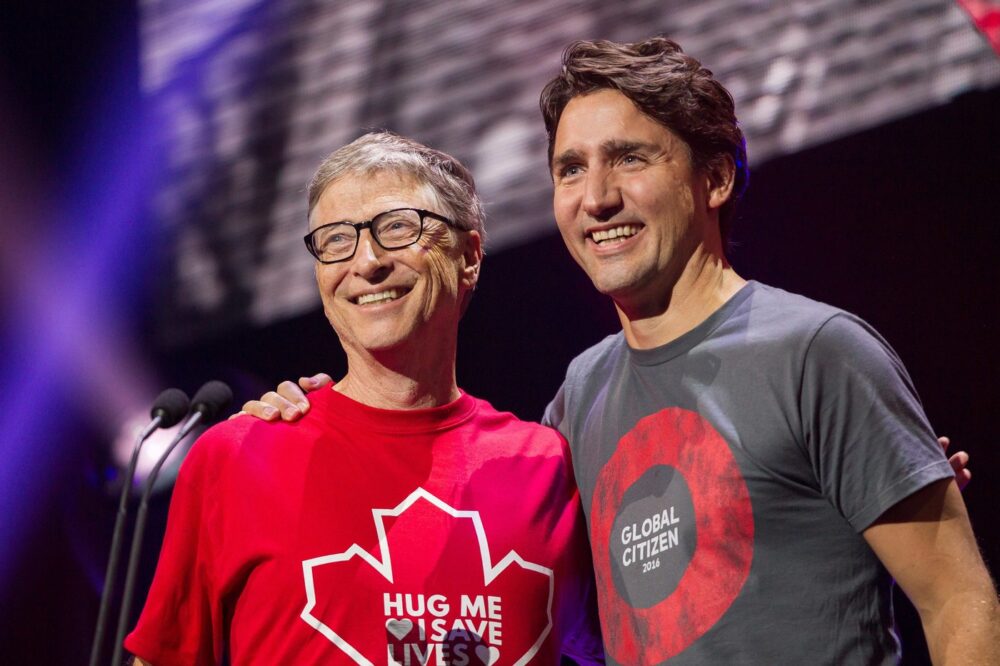 Through its Young Global Leaders program, the World Economic Forum has been instrumental in shaping a world order that undermines all democratic principles. For several decades, this program has nurtured compliant leaders acting as WEF agents in governments around the world. The consequences are far-reaching and may turn out to be devastating for humanity. 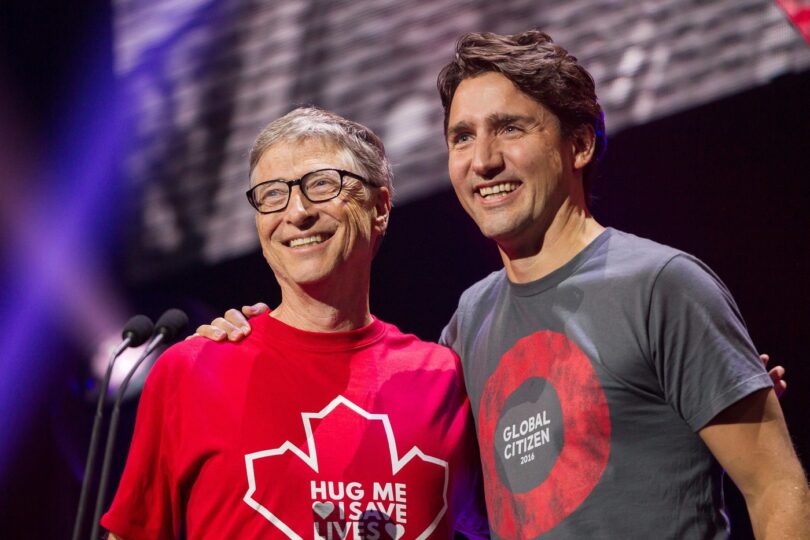 “I have to say then I mention names like Mrs Merkel, even Vladimir Putin and so on they all have been Young Global Leaders of The World Economic Forum. But what we are really proud of now with the young generation like Prime Minister Trudeau, President of Argentina and so on, is that we penetrate the cabinets… It is true in Argentina and it is true in France now…” – Klaus Schwab

In 1992, Klaus Schwab and World Economic Forum launched a program initially called Global Leaders of Tomorrow. In 2004, this program was turned into the Forum for Young Global Leaders (which I cover in my book The Global Coup D’Etat) – a 5-year program of indoctrination into WEFs principles and goals.

The aim was – and is – to find suitable future leaders for the emerging global society. The program has since its inception has included politicians, business leaders, royalty, journalists, performers and other cultural influencers who have excelled in their fields but have not yet turned 40 years of age (originally 43 in order to include Angela Merkel).

It has since grown into an extensive global network of dedicated leaders with enormous resources and influence, all working to implement the technocratic plans of the World Economic Forum in their respective nations and fields.

“The network creates a force for worldwide influence through the combination of the individual skills and resources of its members.”

Another “Global Leader of Tomorrow” 2000 was Chrystia Freeland, Deputy Prime Minister and Minister of Finance of Canada, a journalist and author who was previously managing director of Thomson Reuters and deputy editor of the Financial Times. She is also a board member of the World Economic Forum.

“As Foreign Minister, she led and successfully concluded the renegotiation of the North American Free Trade Agreement (NAFTA) between Canada, Mexico, and the United States. In November, 2019, Ms. Freeland was appointed Deputy Prime Minister of Canada and Minister of Intergovernmental Affairs. In this capacity, she led Canada’s united response to the COVID-19 pandemic.” (World Economic Forum) [2]

The purpose from the beginning has been to “identify and advance a future-oriented global agenda, focusing on issues at the intersection of the public and private sectors.”

Public–Private Partnerships is one of the cornerstones of the World Economic Forum philosophy. That is, a merger between state and large companies (also known as corporativism) with the aim of solving global problems of in a more “effective” way. The choice of leaders clearly reflects this aspiration.

The Young Global Leaders group was initially instructed to identify the major challenges of the 21st century. These included peace, the environment, education, technology and health – areas which these upcoming leaders could exploit politically, economically, and culturally in the new millennium.

Partners for Global Leaders of Tomorrow in 2000 were large global companies such as The Coca Cola Company, Ernst & Young, Volkswagen, and BP Amoco. These could contribute to the agenda by “playing an active role in developing and implementing the concept of the GLT project. The partners can therefore actively participate in the development of GLT programs; representatives of the partner companies as well as their guests are invited to GLT meetings .. ” Since the Global Leaders of Tomorrow was turned into Young Global Leaders 2004, partners such as the Bill & Melinda Gates Foundation, Google, and JPMorganChase (with alumni from the program) have also participated as sponsors.

Partners for Global Leaders of Tomorrow in 2000 were large global companies such as The Coca Cola Company, Ernst & Young, Volkswagen, and BP Amoco. These could contribute to the agenda by “playing an active role in developing and implementing the concept of the GLT project. The partners can therefore actively participate in the development of GLT programs; representatives of the partner companies as well as their guests are invited to GLT meetings … ”

Since the Global Leaders of Tomorrow was turned into Young Global Leaders 2004, partners such as the Bill & Melinda Gates Foundation, Google, and JPMorganChase (with alumni from the program) have also participated as sponsors.

The ultimate consequence of both public–private partnerships and these target areas is the creation of a largely fascist social contract in which the individual has become subordinated to these powerful interests. Noble goals of creating a better world have also been kidnapped. This is especially evident in the context of the partnership between the WEF and the UN and the implementation of the global goals (Agenda 2030) through the application of the technologies of the Fourth Industrial Revolution.

This means that the democratic principles and division of power of the 20th century have largely been completely undermined and instead replaced by a new global class that shapes our common future based on their own interests. This has led to a de facto privatisation of both national governments and international organisations, where lobbyists are no longer kept in the lobby but have moved into the seat of power, shaping policies directly affecting our lives. What this means has become particularly evident since the pandemic was declared in March 2020.

In addition, leading multinational investment management corporations such as BlackRock, led by the World Economic Forum’s own Larry Fink, have constantly moved their positions forward.

German economist and journalist Ernst Wolff believes that many of the national leaders included in the Young Global Leader program have been selected for their willingness to carry out the tough agenda of lockdowns in recent years without asking any questions, and that their impending failure (as evidenced by in a growing dissatisfaction of the masses) will be used as an excuse to create a new form of Global Government where the old nation states become largely obsolete. A new global digital currency with Universal Basic Income (UBI) can then be gradually introduced to replace our doomed monetary system. [4]

This conclusion partly coincides with my own. It is also supported by Paul Raskin‘s scenarios from The Great Transition Initiative on how a totalitarian “New Earth Order” is established, to be replaced in the long run by a global democratic government (Earth Federation) with a World Constitution. [5]

“The COVID-19 pandemic has underscored the catastrophic failure of an every-country-for-itself approach to public health, and national economic interests, rather than global needs, continue to dominate discussions of climate policy, paving the path toward climate chaos.

The vision is that a peaceful and harmonious world in balance is created through the establishment of a World Federation with a World Parliament, World Government and a World Court. These are ideas that have long circulated in Club of Rome and closely connected New Age circles. The question is how such a new global system of power would escape the fate of being kidnapped by the same interests that created our current corrupt and failing system? This is in view of those who support projects such as The Great Transition (initiated with start-up capital from Steven Rockefeller). What is happening is rather a method of taking us to their ultimate solution in the form of a global technocratic control system.

However, it is highly unlikely that this plan will succeed. Awareness is spreading like wildfire and the panic of the elite increases as their narrative crumbles and people become more and more immune to the propaganda. Hence all the inquisitors and “fact checkers” who diligently gatekeep the narrative and help steer public opinion in the “right” direction. They are surely to be trusted since, for example, David Roy Thomson, Chairman of the Thomson Reuters Corporation, is an alumni of Global Leaders of Tomorrow, class of 1993.

It is now time to take control of our own destinies and to avoid falling into new traps.

Thanks to investigative journalist Cory Morningstar for the clip that inspired this blog article. Follow her blog Wrong Kind of Green. 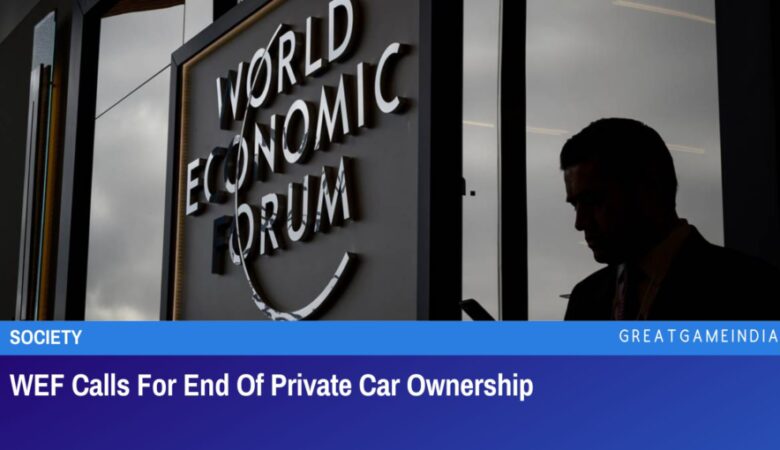