The CEO of BlackRock thinks the war in Ukraine and the events surrounding it could be used to accelerate the adoption of digital money controlled by central banks.

Along with Vanguard and State Street, Blackrock is considered one of the “Big Three” index fund managers that dominate corporate America, and ultimately the world. 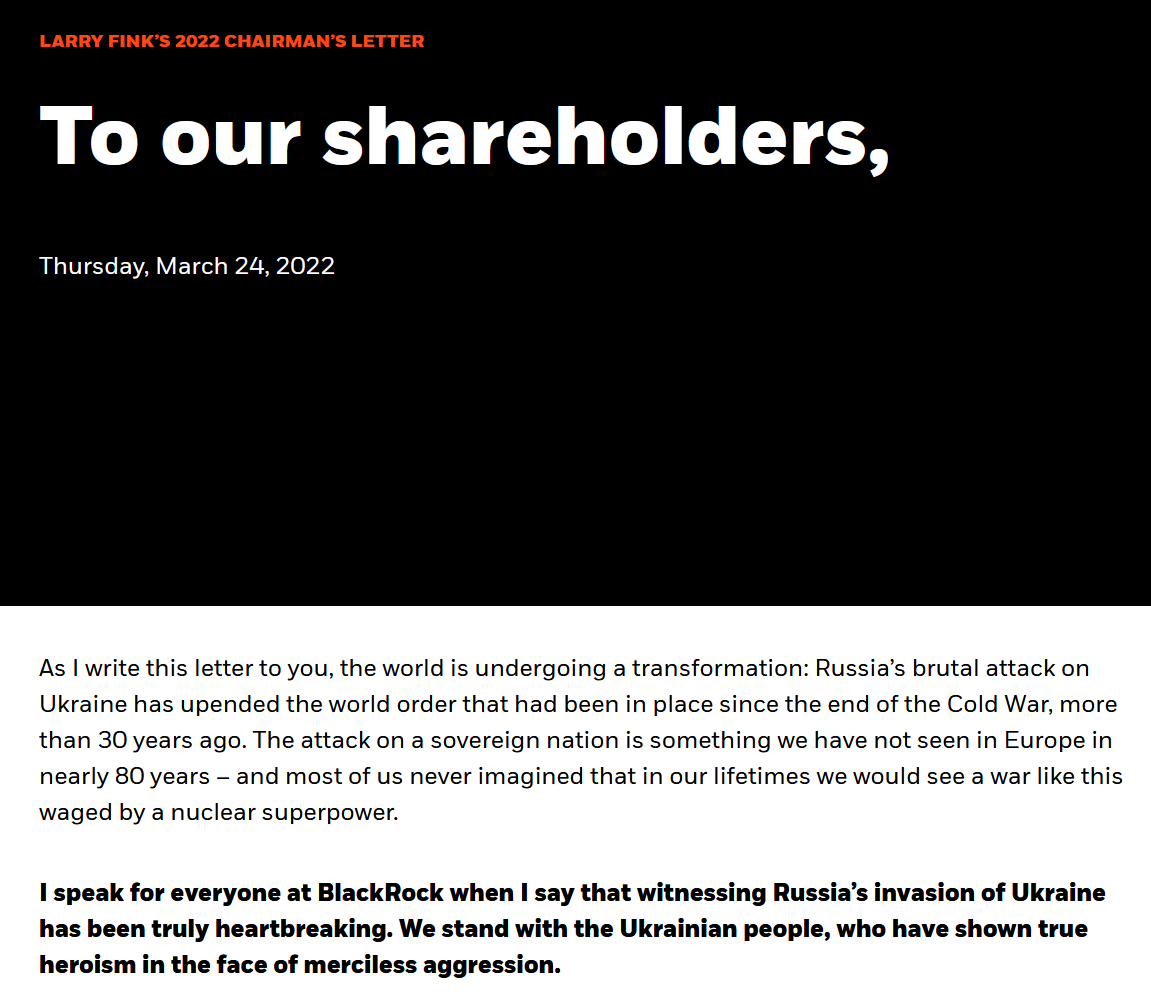 By November 2020, the “Big Three” managed US$15 trillion in combined assets, equivalent to more than three-quarters the size of the US economy and combined, they were the largest owner in 88% of the S&P 500 companies. By January 2021, the “Big Three” had almost US$18 trillion in assets under management.

Only TWO Companies, Vanguard and BlackRock, Control the Planet While World’s Richest 1% Own 82% of World’s Wealth.

Now, in a letter to shareholders sent Thursday 24th March, Larry Fink wrote that the adoption of digital money controlled by central banks could prove to be one of the outcomes of the war that are currently by and large under the radar.

According to Fink, whose own company manages $10 trillion worth of assets, countries around the world will be reevaluating what he called their “currency dependencies.”

With the onset of the war, the US and its allies added Russia’s central bank to their list of entities targeted by sanctions, which brought about a surge in transactions on centralized Bitcoin exchanges in both Russia and Ukraine, and in both of their currencies. 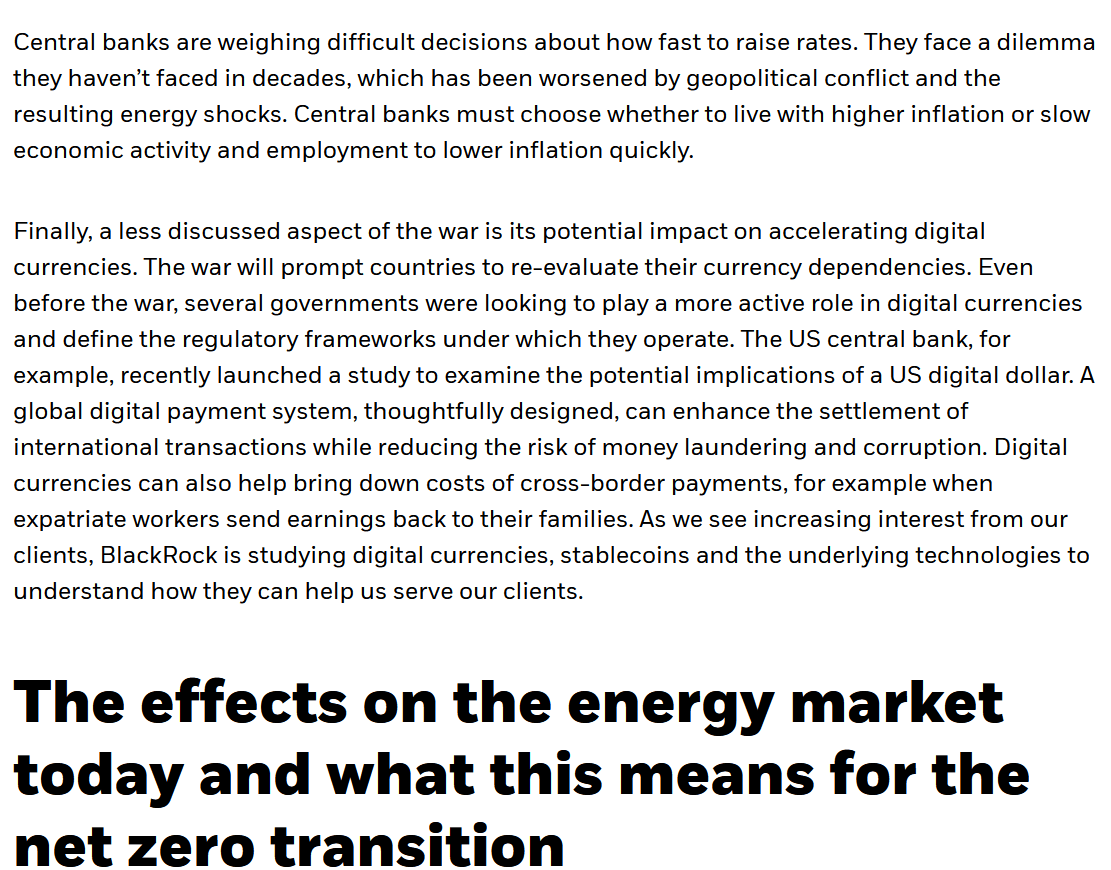 The Very Top of the Pyramid: Just 4 Companies Control the World, Yet You’ve Probably Never Heard of Them.

Reports interpret this as a realisations that stablecoins – cryptocurrencies whose market value is pegged to a fiat currency, gold, etc. – can provide safety for assets, and a way to evade sanctions.

The BlackRock CEO’s letter shows that the trend of major financial players starting to take cryptocurrencies seriously continues. Born out of the 2008 financial crisis, this form of money was treated with distrust and even derision for a long time, but now Fink writes that BlackRock’s clients are becoming increasingly interested both in cryptocurrencies, stablecoins included, and in the blockchain tech that underpins them.

And for that reason, BlackRock now considers centrally-controlled digital money as an emerging class of assets that the corporation is “studying” in a bid to serve its clients better.

However, Fink did not say which of the many forms of cryptocurrencies BlackRock is “studying” – although in the past, while overall positive about the future of digital money, he didn’t appear to be a big fan of decentralized and freedom-associated Bitcoin.

In his letter to shareholders, he noted that even before the war in Ukraine several governments, including the US, were looking into cryptocurrencies and ways to regulate their use.

In other words, if they can introduce this, then the who, what, where, when and why of your purchases will ultimately be under the control and permission of your Government.

The New World Order That is Being Prepared Under the Pretext of War in Ukraine Previous post
Klaus Schwab Warns: ‘Global Energy Systems, Food Systems and Supply Chains Will Be Deeply Affected’ Next post