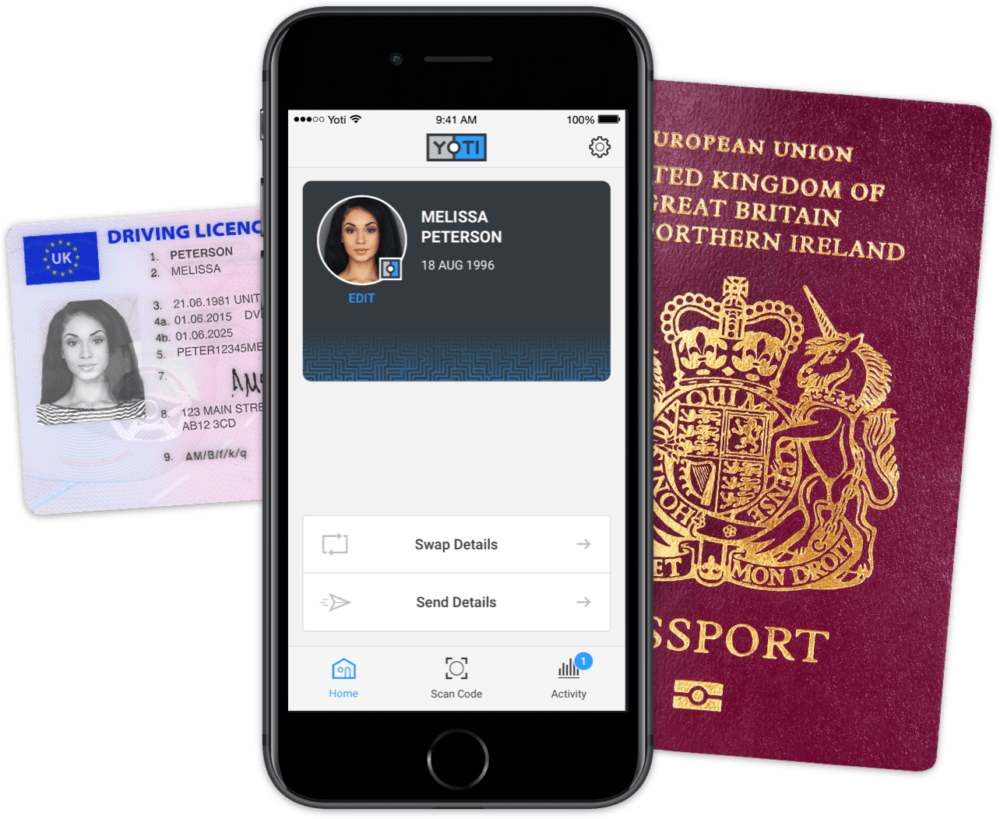 The UK government is pushing ahead with its nationwide digital ID plans, despite half of the responses to its public consultation on digital identity opposing the idea. 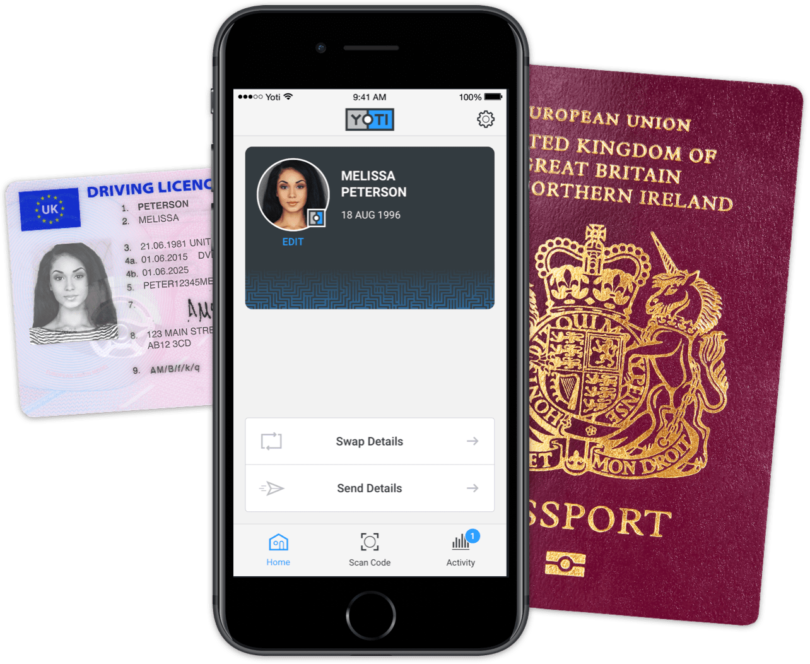 On April 6, 2022, new digital identity document verification technology (IDVT) that enables data sharing between public bodies and businesses for the purpose of identity verification will be introduced. It will be made available to UK employers, landlords, and letting agents who can use it to digitally carry out pre-employment criminal record checks, right to work checks, and right to rent checks.

Under these digital ID plans, UK citizens will be able to “create a digital identity with a trusted organisation” which can be used “in-person or online” and “via a phone app or website.” These trusted organisations will then be given a “legal gateway” to “carry out verification checks against official data held by public bodies to help validate a person’s identity.” The government will also allow the “trust” generated by a single successful digital identity check to be passed to other organisations “where appropriate.”

A new interim governing body, the Office for Digital Identities and Attributes (ODIA), will be set up in the Department for Digital, Culture, Media, and Sport (DCMS) and it will have the power to issue these trust marks. The ODIA will also publish a publicly viewable list of trust-marked organisations. 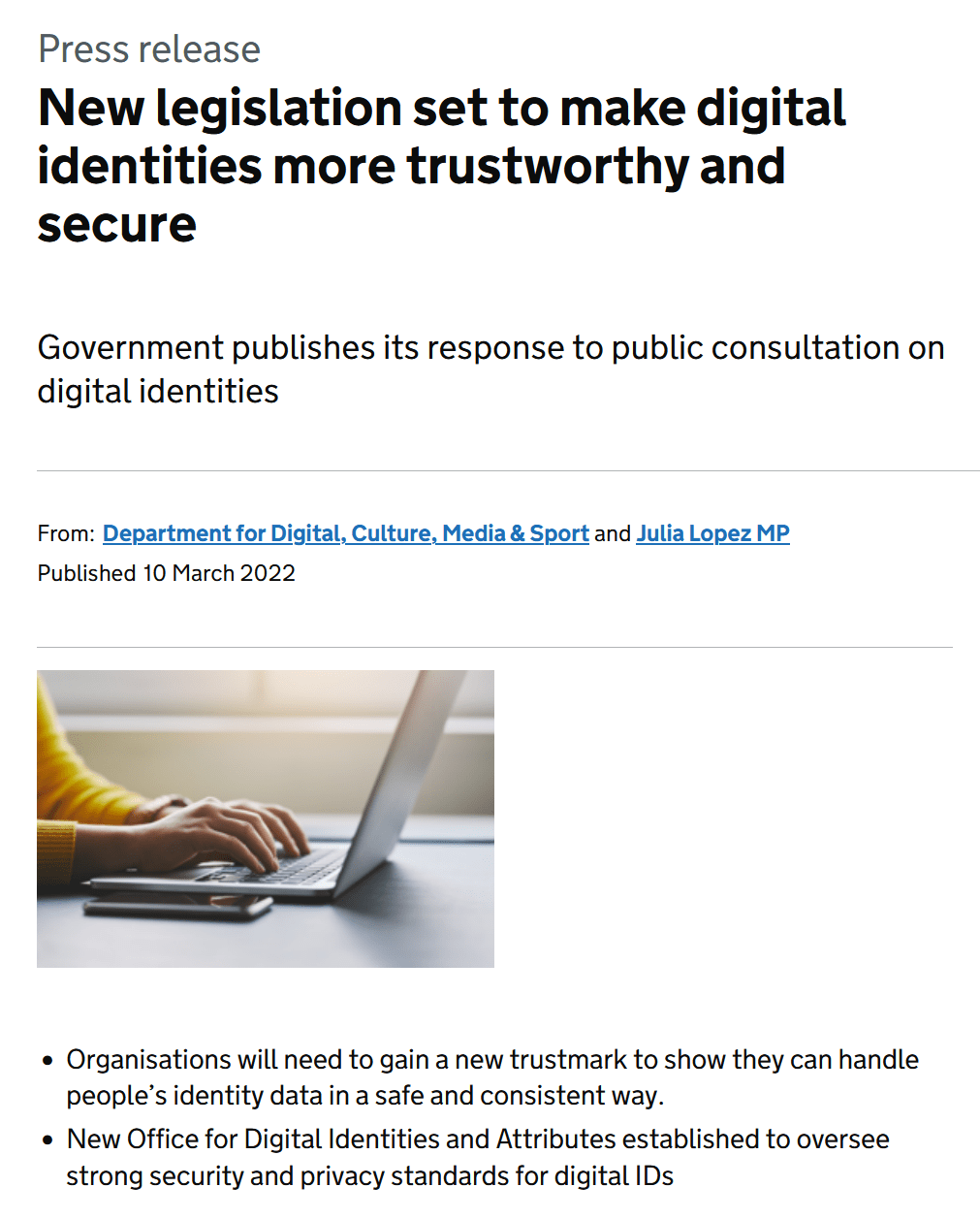 Other companies that rely on the digital identity solutions provided by trust-marked organizations won’t need to be certified but may be subject to “flow-down conditions” such as agreements to not share the information they receive.

Before announcing these digital ID plans, the government sought views and feedback on its proposed approach to digital identity via a public consultation.

However, the government insisted that “outside the context of producing the statistical analysis, we have taken these responses into account as part of this consultation exercise.”

The government also admitted that some respondents feared that “digital identities are going to be made mandatory for all people” but dismissed these concerns as “false” and said it will seek feedback on how to “encourage more inclusive digital identities.”

“As set out in the consultation, there are no plans to make digital identities mandatory, but we recognise they are an emerging technology and people may not be fully aware of the privacy and security benefits,” the government said.

“Therefore we will take steps to increase understanding amongst potential users and engage with civil society groups to receive their expert feedback on how to increase inclusion, now and into the future.”

The government added that it’s “committed to ensuring” that “people will still be able to use available paper documentation.”

The government’s digital ID framework has completed alpha testing. The next steps are a beta publication followed by beta testing before the framework is formalized in legislation.

The government cited “positive feedback received about the ability to conduct right to work and right to rent checks remotely during the COVID-19 pandemic” as one of its reasons for initiating its review of digital ID technology.

During the COVID-19 pandemic, the UK government embraced jjab passports – a technology that shares many similarities with digital ID by requiring citizens to use a digital pass.

These jjab passports were used to scoop up large amounts of data from UK citizens, some of which was shared with private companies. 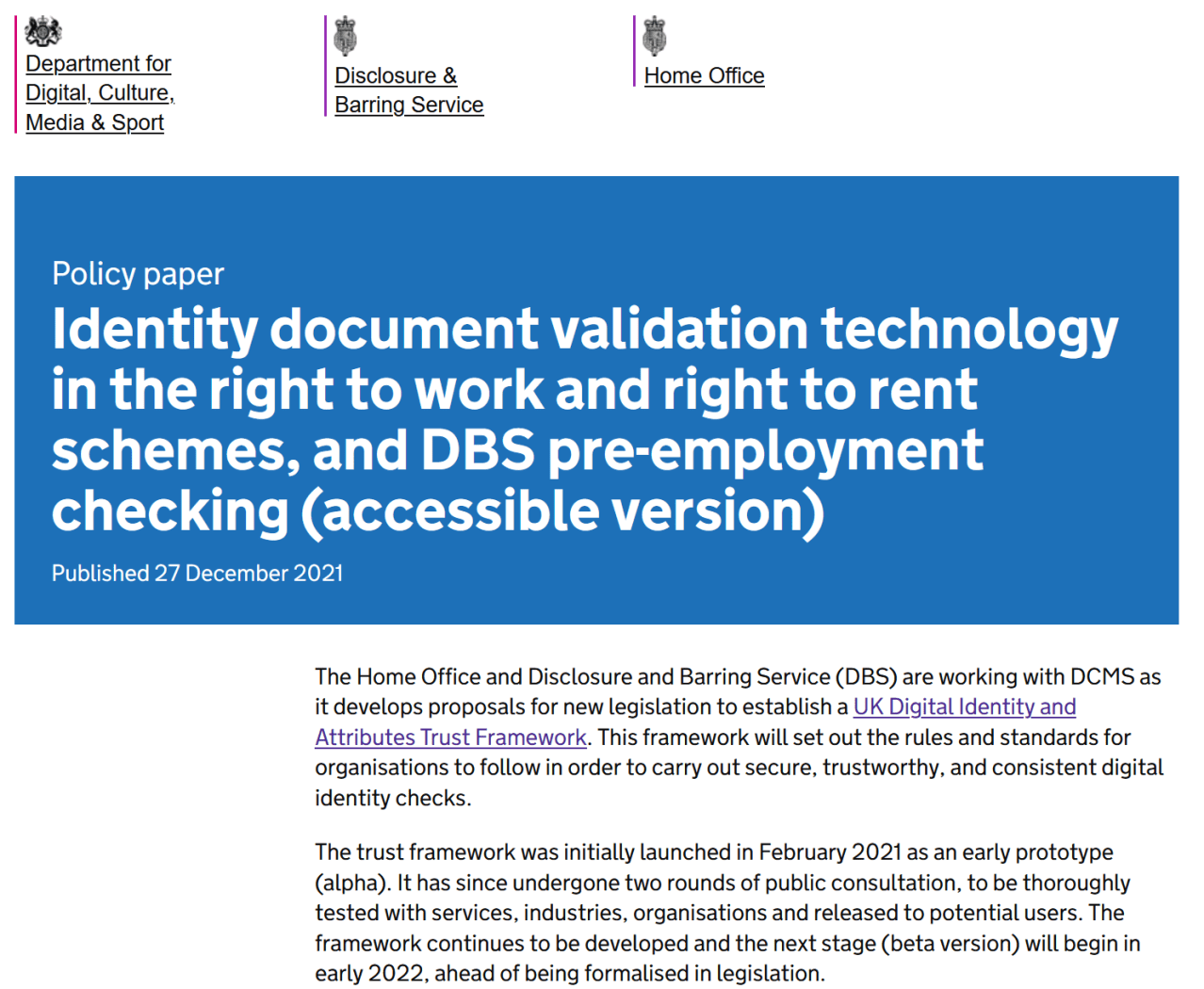 Vaccine passports are one of many examples of the UK government using or proposing the use of technology to surveil its citizens. Other examples include it secretly surveilling millions of COVID jjab recipients via their phones, proposing a social credit style app to encourage healthy eating, and proposing the increased use of surveillance drones to “protect” women.

Despite its history of surveillance, the government insists that this digital ID technology will have “strong security and privacy standards.”

The government’s digital ID plans were announced in the same month that the UK government’s Online Safety Bill began its legislative journey. This bill mandates the implementation of identity and age verification technology on many large online platforms.

This current attempt to introduce digital ID comes almost a decade after the UK government launched its 2013 digital ID project “Verify” which was blasted by the National Audit Office and internal Parliamentary committees for “failing the public” and missing all of its performance targets.