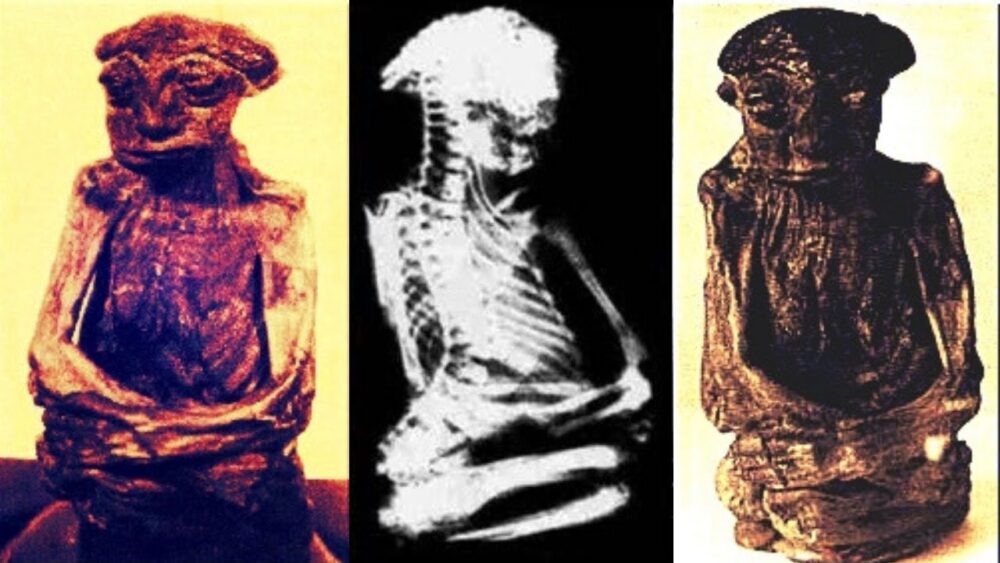 In June 1934, two gold prospectors, who had been digging and blasting for gold within the San Pedro Mountains in Wyoming, came across a small cavern buried deep within the thick rock. When the dust began to settle, the prospectors made a startling discovery – the well-preserved, but long-forgotten, remains of a tiny human. 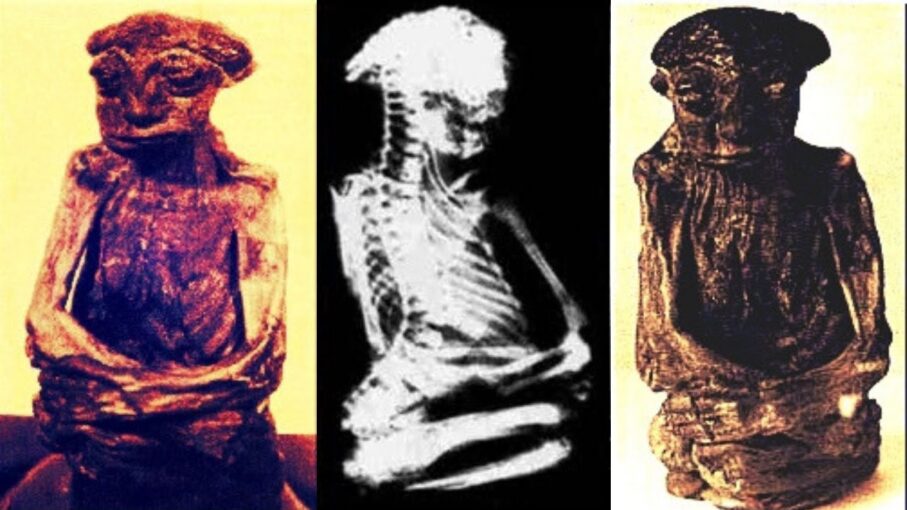 The origins of this little human were a mystery. Local Native American tribes were known to tell stories of legendary “tiny people,” “little spirits”, or the Nimeriga.

In some of these stories, the small people had magical powers, or healing powers. In other stories, they were a vicious tribe who attacked the Native Americans with poisoned arrows.

The discovery of the mummified remains drew much attention to the area, eliciting many questions, and creating controversy. There were many who doubted the veracity of the prospectors’ story, believing the remains to be fabricated, and the story a hoax.

Scientists flocked to the area, all with a deep desire to determine the truth behind the tiny person, nicknamed “Pedro.” With a sitting height of six and ½ inches, and an estimated standing height of fourteen inches, it was clear that these were no ordinary remains.

The scientists conducted extensive testing on Pedro. First, they reviewed the outward physical evidence. Pedro was found in a sitting position, cross-legged, on a small ledge within what appeared to be a man-made cave. With bulging eyes and a flattened cranium, Pedro was extremely well preserved – so much so that even his fingernails were visible.

A gelatinous substance covered Pedro’s head, and it became clear that liquids had been used to preserve the body. His nose was flattened, he had a full set of teeth, and his skin was brown and wrinkled, creating the appearance of an old man.

In the years following the discovery of Pedro, scientists conducted more invasive testing, utilizing x-rays to try to unlock the mystery. Several anthropologists initially concluded that the remains were those of an infant, likely born prematurely, or who died shortly after birth.

This, however, is an area of disagreement, as a second body of scientists believe the remains to be those of an adult, possibly 16-65 years in age. It has been said that x-rays revealed sharp teeth, and the presence of food in the stomach that appeared to be raw meat. The x-rays also suggested that Pedro had suffered a violent death, showing broken bones, a damaged spine, and damage to the skull.

However, others maintained the remains were evidence of a Leprechaun-like race, like those mentioned in the legends of the local indigenous people, or evidence of an extra-terrestrial being. It was difficult for many to fathom that a human of such tiny stature could possibly be an adult.

While modern testing could provide many more answers about the origins of Pedro, such testing is not possible because the location of the remains has been unknown for several years. It is said that the remains were put on display during sideshows in the 1940s, and were then purchased by a man named Ivan Goodman. Upon Goodman’s death in 1950, the remains passed to a man named Leonard Waller (sometimes reported as Walder). The remains have not been seen since.

With the remains nowhere to be found, the mysteries of Pedro linger to this day. Most scientists agree that Pedro’s remains were those of an adult male human.

However, modern testing could have answered so many additional questions like where he came from, whether he suffered any diseases or congenital conditions, what the gelatinous substance was, and how his remains come to be sealed within a thick layer of rock.

The answers to these questions, and many others, are likely to remain unanswered unless the remains can be located and further tested. Until then, scientists and enthusiasts can only speculate about who or what he was.

This MUST BE America’s ‘Line in the Sand’: Disney Pedophiles and ‘Grooming Support’ Are Direct Attacks Against Our Children and Nation As More Proof Emerges ‘Disney is Demonic’ Previous post
Police Officer Encounters Reptilian Beings: ‘The Government Knows All About Them’ Next post