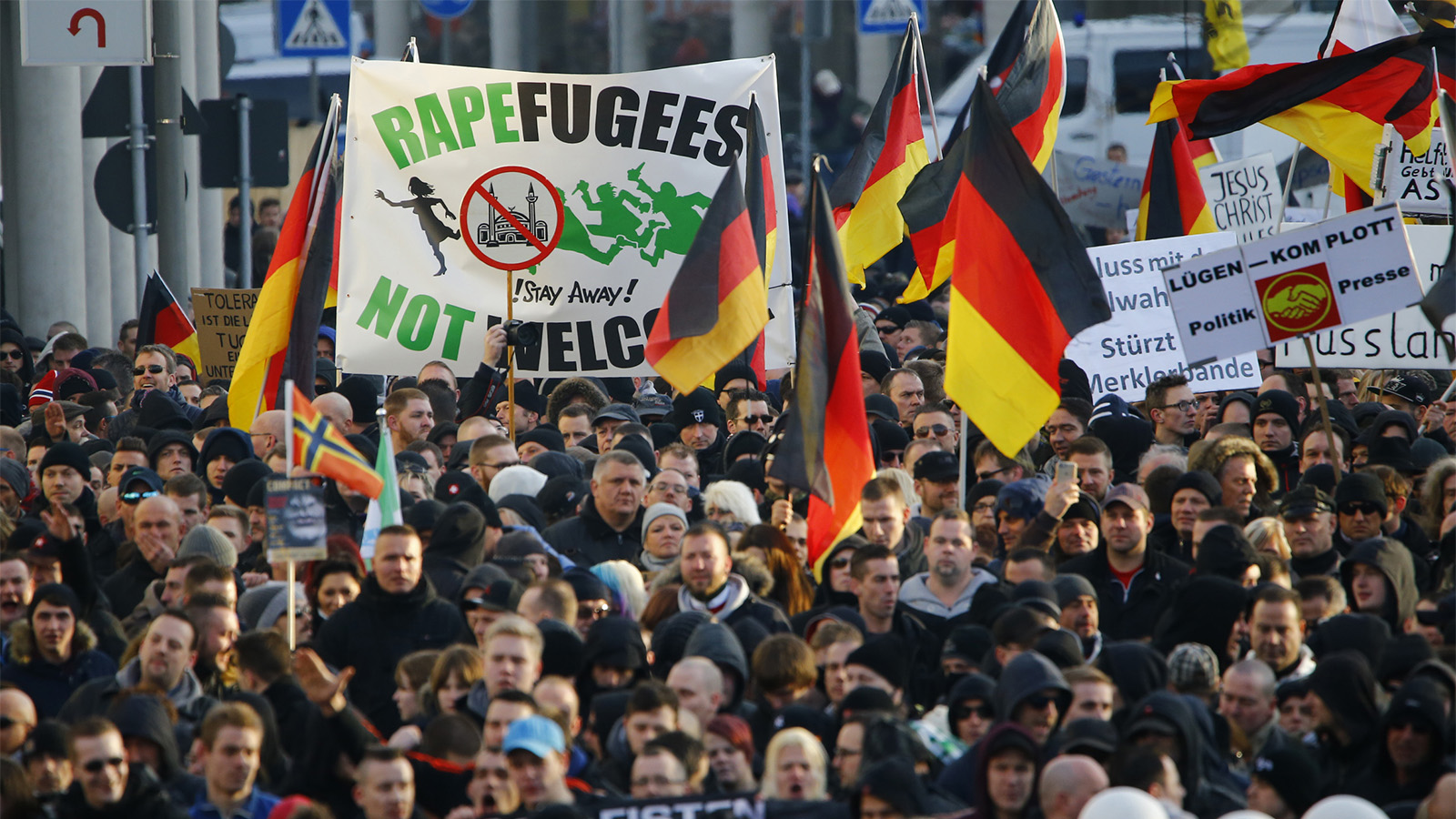 Germany: 40% of Welfare Recipients Are Foreigners, Despite Being a Minority

At least 40 percent of all welfare recipients in German are foreigners, costing German taxpayers more than 4 billion euros every month to pay for the food, education, medicine, and shelter of 2.7 non-contributing foreigners living in the country, new official reports have revealed.

As of June 2018, the official unemployment rate for Syrians in Germany was 44.2 percent, slightly down from last year’s figure of 49.6 percent. However, as the report points out, the figure isn’t exactly truthful because Syrian migrants who attend state-funded ‘integration courses’ or ‘vocational language courses’ are not regarded as unemployed, but instead as ‘underemployed persons.’

Those who attend these courses are also paid a certain amount by the Hartz IV system. 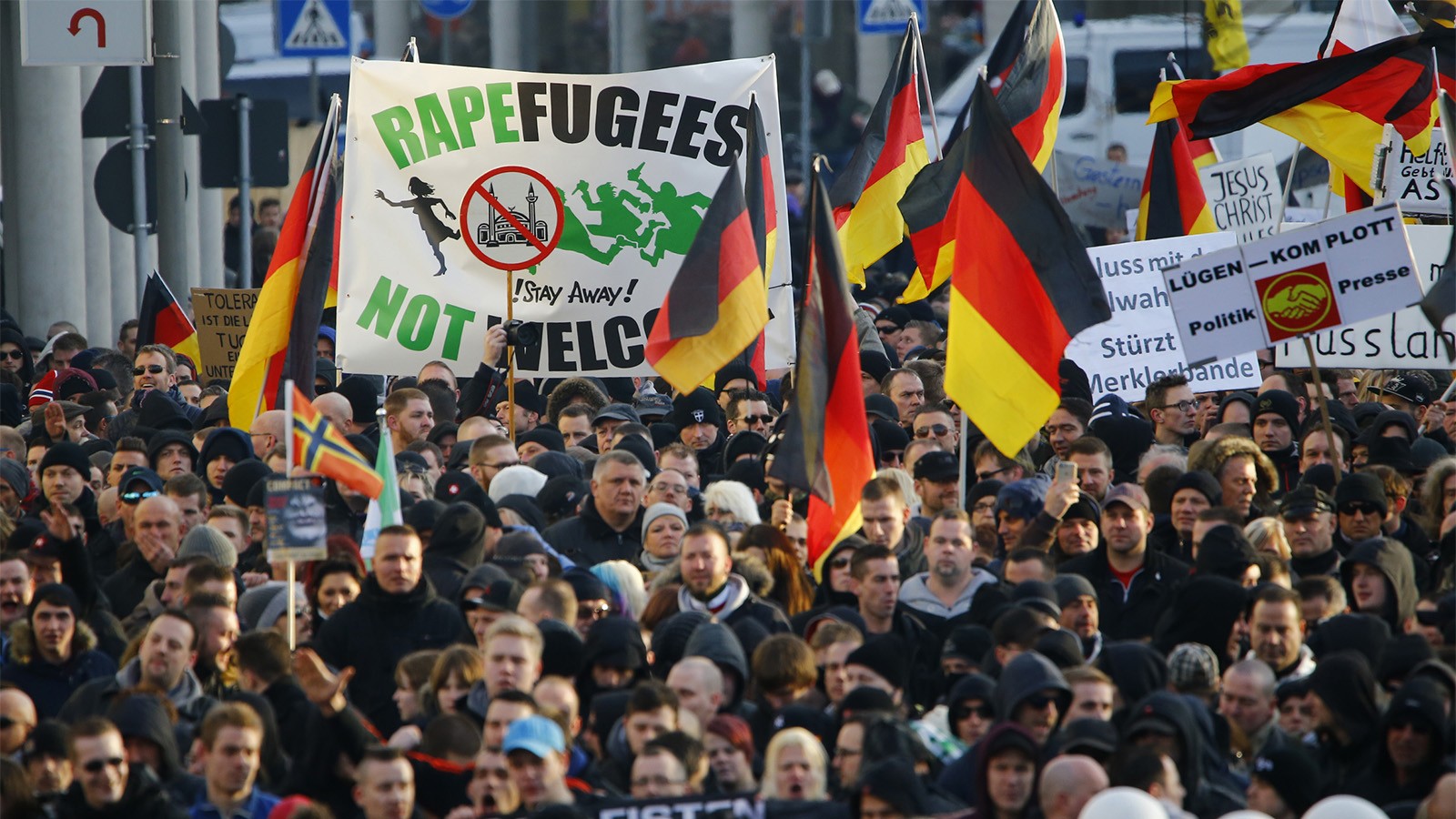 German protesters display signs reading “rapefugees not welcome”. Ever since migrants have started flooding the European continent, rapes (and violent crimes in general) have surged. In Sweden, violent crimes have increased by 300% and rapes by 1,472%. In Cologne, Germany, about 1,200 women have been sexually assaulted on the New Year’s Eve. Of the 2000 Muslim migrants suspected to have been involved in the assault, only two have been convicted.

Patrik Jonasson, a 40-year-old Swedish man, surveyed 4,142 rulings regarding sex-related crimes passed by 40 Swedish courts between 2012 and 2014. The study, which took several months to compile, indicated that a whopping 95.6 percent of rapes and 90 percent of group rapes had been committed by men of foreign descent. Men from the Middle East and Africa were particularly overrepresented in various forms of sexual offences.

The report’s numbers are further skewed since Hartz IV figures do not include all of the arrived but not yet ‘accepted’ or ‘registered’ ‘asylum seekers’ who are able to collect benefits.

These people can collect funds from the budget of the Asylum Seekers Benefits Act, and are not included in the Hartz IV figures.

Thus, close to 396,0000 ‘asylum seekers’ currently living in Germany are collecting benefits while waiting for their claims to be processed.

Following an informational request from Alternative for Germany (AfD) Member of Parliament, René Springer, the Federal report revealed that as of this month, close to 63.6 percent of all Hartz IV recipients were “German citizens”.

Typically, a Hartz IV recipient with a wife and one child receives about 1,500 euros each month in cash. In total, the number of people receiving Hartz IV amounts to 6.73 million. If 40 percent of those recipients are foreigners, then that means that 2.7 foreigners are currently claiming Hartz IV benefits.

From these figures it’s entirely clear that the vast numbers of foreigners who’ve come to Europe and Germany in the past few years have not helped to enrich the society, have not created wealth, and have not helped to boost the economy. In fact, they’ve done quite the opposite.

René Springer of AfD has rightly pointed out that the only “integration” that is currently occurring is “systematic integration into Germany’s social welfare systems.”

It’s an important lesson because this is exactly what is going to happen to the USA if we allow it.

If CO2 is So Bad for the Planet, Why Do Greenhouse Growers Buy CO2 Generators to Double Plant Growth? Previous post
15 Facts Most People Don't Know About Fluoride Next post