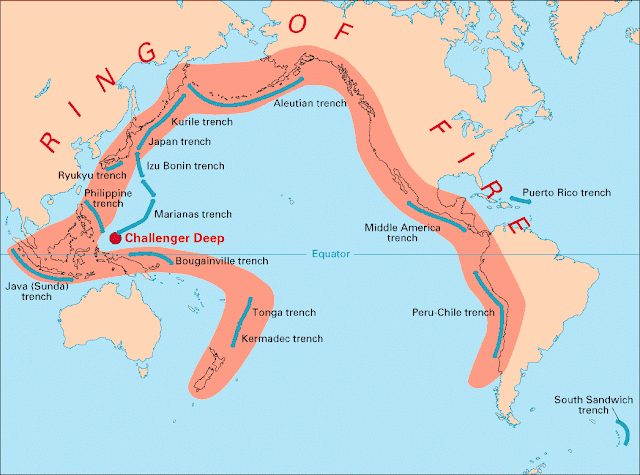 So, another proof that the USGS is hiding the seismic activity, just as shown in my article from November 26, 2010. CLICK HERE TO READ IT!

YouTubber 9Nania is a wonderful girl that predicted the Japan Earthquake (and she’s also constantly visited by what she decodes as an Angel). She posted videos predicting the Major Earthquake that struck Japan. Here is one of them, March 9 2011 (just 2 days before it happened):

As you see, 9Nania points comet EleNin as the Earthquake trigger and she’s right. Learn how gravitational waves cause earthquakes in my yesterday’s article:
Earthquake Cause by “EleNin” / Nibiru!

In one of her visions (from February 19, 2011), 9Nania saw a dragon causing volcano eruptions “from Alaska … all the way down to the Golf of California” … “The dragon went all the way down into the ocean, around the Pacific plate and every single volcano erupted into the ocean and there were Tsunamis in Indonesia” … “and then the dragon went up to Japan and Japan had massive earthquakes” … “and he (the Angel) showed me that Yellowstone erupted underground”. 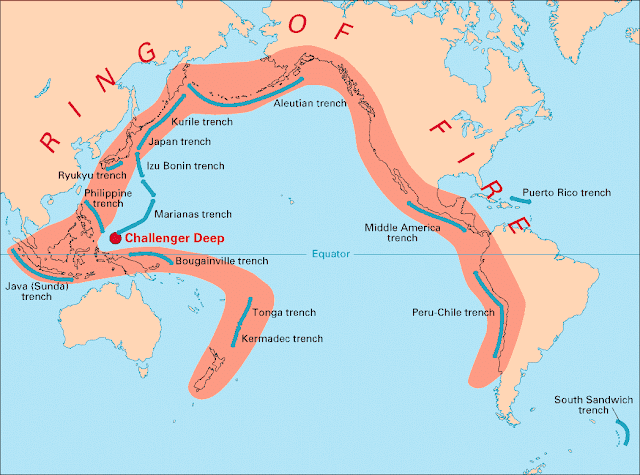 This is the Pacific Plate, a.k.a. “The Ring of Fire”. A well know seismic area.

Also, underneath the Yellowstone area, a supervolcano is “sleeping”. Scientists believe that its eruption caused the last ice age and the same will happen when the Yellowstone supervolcano will erupt again.
Multiple earthquakes in that area (as shown in the second video) may suggest a rising volcanic activity. This is the reason why the geologists and other scientists are worried about this specific area. Also, a major earthquake in that area may cause it to erupt.Here is Nania’s video from February 19, 2011:

March 17 Update: Earthquake activity increasing in the Ring of Fire area (7:51 AM EST): 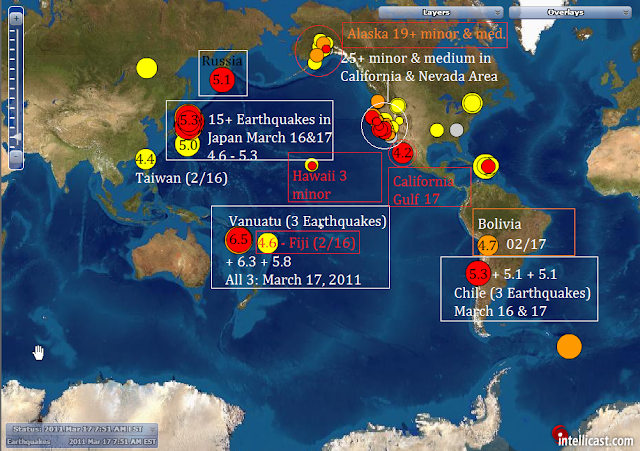